Okay, with complaints that I ve not been putting up any metaphysics article lately, here is one with a story.

Educating the common people on fengshui.

In the past in feudal China, fengshui was meant for the rich and not the common people unless they happened to have the affinity to meet a master. Most of the time, metaphysics are divided into 2 groups, the fortune teller and the walk the dragon groups, ha-ha…..

It is common sense that the stove was deemed important in the fengshui of a house in olden days. This is the area where a person well-being depends on. One of the Earlier Bazhai Theory by a school bought up by fscrazee or Master Hung HC which he disagreed on was the stove to be placed in an inauspicious gua of the house and which I agreed with him. It is akin to putting the stove in a waste disposal area to do your cooking.

Our present style of high-rise living would have put us on par with the fairies to these ancient scholars. The ideal of having a kitchen up in the sky would not be something they can comprehend. In the past, fengshui is applied to landed property and even if they have structure of 2, 3 storeys, the kitchen would still be allocated on the ground floor. Imagine the inconveniences if otherwise with the technology at that time. As the stove is so called landed, placing it in a more auspicious area of the house gua makes more sense on tapping the beneficial underground qi.

However with our moden living, it is not unusual for these ancient masters to envisage their theory to being applied for twentieth century when they formulate it. The mouth or the area of the stove where air goes in to expediate burning of the wood or whatever is logical in having it face a auspicious direction. However with new age fengshui of having the knob of the oven facing a auspicious direction to tap the beneficial qi is not to my taste as I can’t see how the knob can connect to energy or nice smelling air to make the food delicious. Though I would agree the direction of having your back protected when you are cooking makes more sense to me, i.e. you can see sideway when you are cooking and not having someone steals up to tap on to your shoulder in goodwill causing you to put more soy sauce or salt into your dish.

Anyway, for newbies, please remember that for house gua for the West or East groups house regardless of whether you belong to West groups or East Gua groups, maximise the beneficial four areas and do not based it on the Ming gua or the life gua of the person.


Yawn, a story before I go.

On Board the RCSS captained by Dr.Spook approaching a new planet,

Dr. Spook:’ Okay, have you anything to report at the moment’

Ah Hai: ‘I have nothing, sir, only a complaint’

Ah Hai: ‘ I had told the maintenance team to locate the kitchen in the Sheng Q Area before we launch off from Planet Earth two months ago and the idiots put it in a Wu Gui Area. And you can see that we have been having an increase of sick personnel for the last one month’

Joel, a financial executive officer : ‘Oh no, another of those Classical guys.’

Dr. Spook: ‘Please kindly rephrase your complaint for the benefits of the rest of our personnel not from Earth’

Ah Hai: ‘The kitchen is supposed to be retrofitted to the left of the spacecraft next to our movie lounge so that after a nice meal, we can relax to watch a movie and not at the back next to the nuclear reactor in the area of the engine room causing radiation to get into our food.’

Joel, thinking to himself:’ Yap, those idiots also have no sense of direction, causes a lot of inconveniences for me and my beloved Ivy after candlelight dinner making me to go one big round when I want to go to my quarters for some romantics, kinky….’

Dr. Spook:’ Okay, noted. I will get them to relocate the kitchen once we have landed and I will give them a demerit point’

Ah Hai mumbling to himself: ‘What the%@#! Just a demerit point and no point scored when I have spent so much of my time in research.’

Dr. Spook:’ Team B, anything to report’

Gillian and her team B, trained from Catch the Dragon Institute of Great China, Earth. They are mainly natives from the large planet Jupiter from the Solar System, able to understand the intricacy of Gravity and composition of the atmosphere better because of the instability of their home planet. By the way, they have four legs similar to those Pi Xiu you see in Ancient China because of the instability of the magnetic field of Planet Jupiter. It is believed that they must have come to Earth thousands of years ago and mingle among earthlings disguised.

Gillian: ‘ Sir, we are analysing the behaviour of the planet on the Great Nine Stars theory and find that there is a possible volcanic eruption around VX1234 activated by the Lian Zhen or Fire Star from the Nearby Constellation in a week’s time( EMT).’ 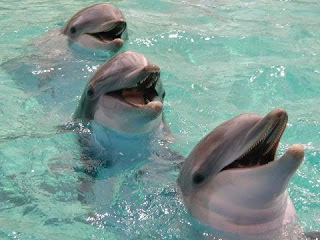