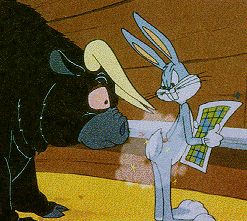 Feeling lethargic today, just four days into the New Year, doesn’t look good? Just can’t understand about the Gaza crisis, after the ceasefire truce expired, the Hamas started firing rockets into Israel for whatever reasons I just can’t comprehend.
Another day about using the poker cards in I Ching, ok? Still having the hangover from 2008, argh.

Ha-ha, doesn’t matter, try to get some kicks or energized myself with this MTV. You got to play the 2 MTV 2gether. : )

Still not enough, needs another one, ha-ha.1+1=?
Now the one in white is Yang? Or the one in black is Ying?

Ah, I feel much better now….

A stock analyst and a Wall Street broker went to the races. The broker suggested to bet $10,000 on a horse. The analyst was skeptical, saying that he wanted first to understand the rules, to look on horses, etc. The broker whispered that he knew a secret algorithm for the success, but he could not convince the analyst.

"You are too theoretical," he said and bet on a horse. Surely then, that horse came first bringing him a lot of money. Triumphantly, he exclaimed: "I told you, I knew the secret!"

"What is your secret?" the analyst asked.

"It is rather easy. I have two kids, three and five year old. I sum up their ages and I bet on number nine."

"But, three and five is eight," the analyst protested.

"I told you, you are too theoretical!" the broker replied, "Haven't I just shown experimentally that my calculation is correct?!"