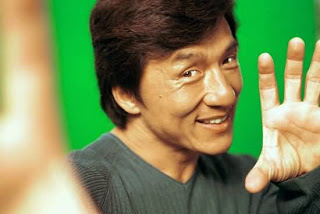 Now if you are wondering what is Jackie Chan, the actor doing here? Well, it is to explain that in chinese physiognomy for ladies, don't worry if you have a nose like his, in fact it is auspicious as the nose apart from being the wealth palace is also the spouse star for females. A nose like that would means you would get a good husband in the old chinese thought. Pert and shapely noses as you can see from the faces of supermodel and actresses are associated in the past with chinese opera female performers who ultimately ends up as being the second wife or concubine of the Rich. The position is at 45 to 48, however it must be balanced with the rest of the face, does not means that big nose will be good. As have been mentioned in the earlier post, the nose represent the Wealth palace for all. Importantly, the nose must not be crooked and should be fleshy and strong looking. There should not be any mark or mole on it. The tip of the nose should be round, no 48 position like the above picture. There should not be any scar on it. Surprisingly, moles generally not considered positive but if found just below the nose by the side above the upper lip is considered good as it mean locking the wealth into the nostrils, to be able to accumulate wealth. People with this feature normally have substantial savings in bank. You can try confirming it by hinting to people diplomatically when you see this feature with :' Oh you look like the types who are able to plan well for finance...'

The reasons I have chosen to discuss these palaces together, the travelling palace, career, life palace and parent palace is that it is to be read all together, it will determine the person's wealth or career more clearly as for face reading, it is not enough just by looking at one palace alone.

The siblings palace is represented by both eyebrows, if the length of the eyebrows is longer than the eyes, it would normally denotes big family with 3 siblings onwards.If it is bushier and unifom in growth, then it would
means that the siblings get along well together and help each other. If the right eyebrow (female siblings) and left eyebrow (male siblings) are messy and not uniformly, it would means they don't get along well together. Marks or breaks in the eyebrows would also denote health problems or mishaps for the sibling depending on which eyebrow. The other aspects to be read is with the Parents palace distance from the eyebrows, if one eyebrow is higher than the other or what we will call Ying Yang eyebrows which means this person probably have half siblings from a stepmother or stepfather. The position of the ears with the position of the Parents palace if are not uniform or as mentioned, one higher or lower will also indicates this possibility of half siblings.

The tips of the eyes at the position 39 is considered the Marriage palace, left representing guys and right for ladies on the relevant palace as with the chinese principle. As with Jackie Chan, the tip of his eyes have what you can call fish tails or Peach Blossom lines on his right eye representing the wife which indicates flamboyance and showbiz talents. Coincidentally his wife was also a famous chinese actress, Lin Feng Chiao in retirement after marriage. As from the strong lines at the tips of the right eye, it indicates he respect his wife alot and they get along well.

Okay, I got to go now as I have an appointment. Would try to find time to come back and continue later.