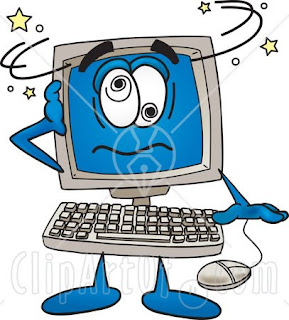 Ha-ha, full translation for previous article put on hold, got groggy looking at it. Try to do some part translation here. I had actually thought of carrying on with the posting later however as there was a few response on my facebook by two practitioners with interesting viewpoints and a newbie (we won't know, could also be a hidden dragon) asking some relevant question, I decided to carry on today.

The writer of the previous article had mentioned an example of a chinese family who had such a property for 260 years and are still flourishing. With some well-known in the military and even more who have got rich. Coincidentally, this property referred to is facing Gui mountain and sitting on Ding Mountain. “西安杨森制医厂” is an existing well-known company owned by that family.

As I have said, its the chinese mentality of lineage of having the male surname to carry on for generations.

For the above, I had checked and find that 260 years ago should be 1750 (age 4), and that the chart for the Ding mountain sitting and Gui mountain facing should be double star 4 at the Back and its Star 1, 4 and 7 robbery. The seven stars robbery chart is either a straight line in the nine palace or a triangle linking three palace in seven steps. In the example above, it is an triangle.

Okay, interestingly, Master He Min Liang from Australia commented that:

Ha-ha, I agree on 条件是中宫要空兼开直线后门.

Translation on his viewpoint. 7 stars robbery from Master He Min Liang: For age 8 only Chou sitting and Wei facing or reverse have this chart. Subject to main door can see tru back door.'

I will post a picture as an example. My apologies as I can't answer any questions to that audit for anyone.'

Sanna Healing(you all should know him from 5arts.net)
:7-Star Robbery is something we avoid in Master Jiang's San Yuan Feng Shui, although it has turned auspicious in Flying Stars.

My reply: Hi Sanna Healing, thanks for the viewpoint from Master Jiang. Anyway, I had posted the discussion for reading purpose and sharing. : ) I won't comment on whether it is right or wrong.

Persistent Newbie:'一排屋子都在山午向，为何有的发有的贫'
'One row of houses with same mountain Wu and facing, why some prosper and some poor?'

'Age 8: Zi mountain and Wu facing, good for wealth but not health. Wu mountain and Zi facing worse, bad for wealth and good for health but unable to take care of himself (probably refering to money problems can leads to health problems too), how to say robbery. If discussing Xuan Kong North Dipper 7 stars robbery charts. Age 8 is Gen Gua , Sheng Qi if not in the connected palace, it is false. I feel that Age 8 only have Chou Mountain Wei Facing or vice versa. Facing palace have star 2, 5, and 8, central palace star 2, 5 and 8 and sitting palace have star 2, 5, and 8, Age 7, robbery star 1,4,and 7. Age 8, star 2, 5 and 8. If say every year also powerful and as I have say before, can say 2004 very prosperous because of the economy doing well, anybody also can be prosperous, the rest average only.'

Anyway, I had call it Seven Stars Robbery, Honor and Prosperity or Wealth for Three generations as it also reminds me of a case study where the chart is that of Chou Facing for Age 8. The owners were at that time facing a lot of financial difficulties and have a daughter only. After activation for fengshui, the 38 years old wife gave birth to a son within that year. At that time, they had just hoped to tide over their financial difficulties. They were surprised instead that they got a son instead and were still in debts. Today, two years later, they managed to buy their own property and literally have gone debt free. I was invited to do an audit on their new property which again have this 7 stars robbery chart but now facing Zi instead with double star 8 at the sitting at Wu. The chinese concept of 三代 actually refer to having a male child to carry on the lineage and which I have felt more appropriate for my this case instead of three period no defeat, 三元不败.

I had just done the fengshui of their new house two months ago based on seven stars robbery with double 8 stars at the sitting and triangle instead of a straight line.And they are doing even better now, not much but making about M$15,000 a month. When I first saw them in their old house (Age 7), .........

'先看金龍動不動' is one of the secret in activating this chart. Translation: 'First see whether the Golden Dragon moves or not.'