The reason why some metaphysics course books are filled with errors intentionally by the masters. 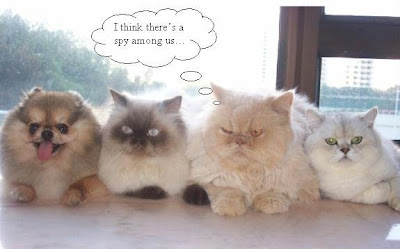 Thinking "Out of the Box"

Many hundreds of years ago in a small Italian town, a merchant had the misfortune of owing a large sum of money to the moneylender. The moneylender, who was old and ugly, fancied the merchant's beautiful daughter so he proposed a bargain. He said he would forgo the merchant' debt if he could marry the merchant's daughter. Both the merchant and his daughter were horrified by the proposal. The cunning money lender suggested that they let providence decide the matter.

The moneylender told them that he would put a black pebble and a white pebble into an empty bag. The girl would then have to pick one pebble from the bag. If she picked the black pebble, she would become the moneylender's wife and her father's debt would be forgiven. If she picked the white pebble she need not marry him and her father's debt would still be forgiven. But if she refused to pick a pebble, her father would be thrown into jail.

They were standing on a pebble strewn path in the merchant's garden. As they talked, the moneylender bent over to pick up two pebbles. As he picked them up, the sharp-eyed girl noticed that he had picked up two black pebbles and put them into the bag. He then asked the girl to pick her pebble from the bag.

1. The girl should refuse to take a pebble.

2. The girl should show that there were two black pebbles in the bag and expose the moneylender as a cheat.

3. The girl should pick a black pebble and sacrifice herself in order to save her father from his debt and imprisonment.

Take a moment to ponder over the story. The above story is used with the hope that it will make us appreciate the difference between lateral and logical thinking. The girl's dilemma cannot be solved with traditional logical thinking.

Think of the consequences if she chooses the logical answers.

What would you recommend the girl do?

This is what she did.

The girl put her hand into the moneybag and drew out a pebble. Without looking at it, she fumbled and let it fall onto the pebble-strewn path where it immediately became lost among all the other pebbles.

"Oh, how clumsy of me," she said. "But never mind, if you look into the bag for the one that is left, you will be able to tell which pebble I picked."

Since the remaining pebble is black, it must be assumed that she had picked the white one. And since the moneylender dared not admit his dishonesty, the girl changed what seemed an impossible situation into an extremely advantageous one.

MORAL OF THE STORY: Most complex problems do have a solution, sometimes we have to think about them in a different way.

Recently, at the concluded IFSA convention in Singapore which I was unable to attend, there was a talk about a Burmese astrology called MaHaBote. This is what it is all about.

MaHaBote is a Burmese Astrological System of birthday astrology, based on the Day of the Week birth, or cycles of 7 rather than 12. It is nicknamed "The Little Key" because you can quickly calculate and delineate a client's personality very accurately, without the need of an ephemeris, book of tables, or computer program. It gives quick and easy insight into the personality of the client, and to quote Barbara Cameron in her introduction in the book, MAHABOTE, THE LITTLE KEY, "the system grew out of Burmese origins alone. Its creator is unknown today, but the method continues in daily use. It is taught in the hushed confines of the cool temples by shaved-headed monks in saffron robes.

It's a great little compact and complete system for people who do not have an accurate time of birth, and it is far more detailed than sun sign astrology. It is unlike the Western Astrology of using 12 constellations with the orbit of the sun as a focus to compose the Zodiac of Aries, Leo, Capricorn, etc, further subdivided into twelve houses and which requires tedious plotting for the natal chart wheel based on the hour of birth which have to be converted into GMT or Greenwich Mean Time. However, you have to know the day that you are born, e.g. Monday, Tuesday…..

It uses 6 planets of Mercury/Rahu, Saturn, Mars, Venus, Moon and Jupiter. The Sun is also included as a planet making it seven. They are then placed into Seven Houses of Leader, Wealth, Kingly Position, Fame which are the positive houses follow by Houses of Extremity, Impermanence, and Sickly which are the negative Houses. The placement are derived from using the birth date which does not need the hour pillar.

One example of the meaning of the birth planet in the Houses:

House Meanings: Especially as it pertains to those with the Birth Planet * in
those Houses.

1. House of Impermanence: Not constant. Fluctuating health and wealth; will do exactly as one wants to do; nervous tension, may be a teacher in the latter part of life.
2. House of Extremity: Native born in this House will likely have a serious accident or illness when young...survival beyond youth in this house assures success. No middle ground in this house. Considered a "make" or "break" House.
3. House of Fame: Indicates a self-made person; educated; the house of reputation or what you are known for - courage, ambitious, industrious, wisdom.
4. House of Wealth: Respectful figure, may be religious or spiritual; generous - with high goals and objectives.
5. House of Kingly Position: (KP) Smart, astute, sharp; lives like a king (not necessarily wealthy), may attain a high position in life, such as head of a business, state, institution...also probably a good speaker.
6. House of Sickly or Changing: This is by far the most annoying House. It carries a steady, negative, persistent influence, which can also be physical, emotional, or mental distress. May move in childhood, feeling unsettled, or have a sickly childhood.
7. House of Leader: Conversationalist; very articulate could be head of government or commercial enterprise.


Further the planets also symbolises the anatomy, colors, sex, characteristic, relations such as Sun as father, Moon as mother. It also represent Nationalities such as Burmese, Chinese, Indian, etc and many more other aspects. You also have planetary relationship and hostile combinations.

This is how the chart looks like without the table. Imagine there are seven boxes with 7 at the top in the center follow by rest.


I'll be back later with an example of a bazi chart posted lately on a forum which shows how an element enter into tomb (Earth) and its significance in the Blindman theory in Bazi.