What do you want in Life? 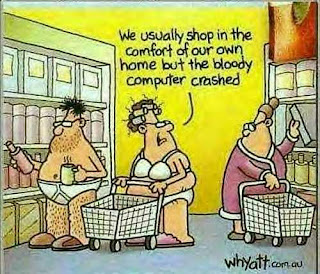 'The Meaning of Life is to give Life a Meaning.'

As usual, a story first.

The teenager lost a contact lens while playing basketball in his driveway. After a fruitless search, he told his mother the lens was nowhere to be found.

Undaunted, she went outside and in a few minutes, returned with the lens in her hand.

"How did you manage to find it, Mom?" the teenager asked.

"We weren't looking for the same thing," she replied.

Sometimes in Life, we wish to have this and that but ultimately when we have it, we had lost something else instead which we can't buy back with the money we managed to have finally. I am really bored and not wanting to have any unnecessary responsibility, told myself not to accept any feng shui audit as no matter how desperate any referral was, Me Bad. : ( You know as in the I Ching, there is no ending to anything.(Pun intended), Hex 64 Wei Ji No Ending and Hex 63 Ji Ji Ending.) Yes, it amuses me that some translation(They weren't wrong) have it as After Completion 63 and Before Completion 64 in the I Ching as I had felt that the more appropriate meanings would be as what I have said.

Interestingly, a few years back, I was asked to do an I Ching divination for a person' s mother who is sick and I got this hexagram of 64 Wei Ji No Ending, a Wandering Soul Hexagram and only later on, which then I found out that the mother had a relapse of stomach cancer which was supposed to be cured after surgical operation and chemotherapy . Anyway, it had left a sort of bitter taste in my mouth as she had passed away shortly after that and recently having again come across another case where the father had just passed away from cancer had given me sleepless nights. I had not done any I Ching reading then for the case as the result were already at stage 4 and he was given 6 months left to live. The son's concern however, had just wanted to make sure that the father would be comfortable in his house, sleeping in the right feng shui sector when back from the hospital, to make it short, to go in peace without the sufferings that most cancer patients have to go thru. 人老病死阿. Out of the blue, a week before (Must be The Yi Jing again that prompted me), I had asked him whether the father had found out about it as prior to that when the father was hospitalised, it was agreed in their family to keep it from him, he say that the father later found out about it and coincindentally had passed away shortly after that. If some of you had read my posting in the 5arts forum on cancer would know what I means.

Anyway, I had just found out that a person who had made a significant influence in my life had passed away last year. Surprised? Not really, as it was many years ago that I had know him from working for a company selling his Motivation concept in Life and I had resigned from that company after his inspirational courses that had made me go into the art of running companies dreaming of big houses and ferraris, lamborghini wasn't that the hype in the eighties then. The curious thing was that the beginning of this year out of the blue, I had kind of kept thinking about him though I don't really know him except through his programs that I was selling, must have been my dear Yi Jing again teaching me another lesson in Life as I have been bored lately, not knowing what I want in Life.

Tonight, as a tribute, I would like to talk about him and his concept for a better life. It is a franchise that was owned by this American called Mr. Paul Meyer and the name of that company is Success Motivation Institute Inc, USA. To be frank, I think it beats most of what most metaphysics course have to offers with its concept to improve your life. Interestingly, I remember he had a diagram of the six important areas in Life quite similar to the six relationships in Chinese Metaphysics however it offers you a better chance to improve your life with faster results provided you follow his guidelines.(My personal opinion)

Interestingly, this core principle is a circle divided into six sectors in a circle or wheel with the centre or spoke as YOU. Each sector covers a specific area in your life such as Wealth, Family, Health, Education or self-improvement and so forth. You then rated your satisfaction level in each zone to a scale of ten. Those that falls into 5 or below would need then needs some working on (to balance the wheel) or what you would refer to as your purpose for your existence in life if you are thinking of contemplating suicide having lost your meanings in life, ha-ha, just kidding. Overall, it is to give your Life a Meaning, OK?

I would come back on it again as I had actually not thought of blogging tonite but unfortunately had waken up at this hour with nothing to do, : (

A film about Chinese immigrants to the Hong Kong colony in the 80's who grew up with Teresa Teng's songs and her death in 1995.