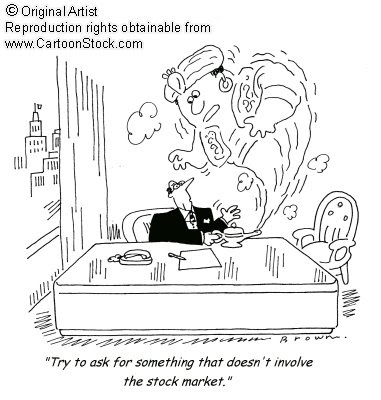 Been down lately for five days with a strange kind of magic after a fengshui audit about a week ago for a friend. Didn’t suspect anything to do with it until I remember that the year before, I had undergone an unusually bad cycle of luck after an audit on the same house. It was in Spring that the audit was done and which was supposed to be a favourable period of luck for me but had turn out otherwise for health. However as last year was not a favourable luck pillar for me, I had dismissed the audit as having anything to do with it. For Bazi, I am strong yang water element and I have a complete water seasonal combination which was unfavourable last year. How I wish I was Strong Earth Element as I would have at least hit 2 or 3 Toto jackpots (Lottery) and became a millionaire last year. Well, that’s life…Ha-ha. When you want it, you can’t have it. 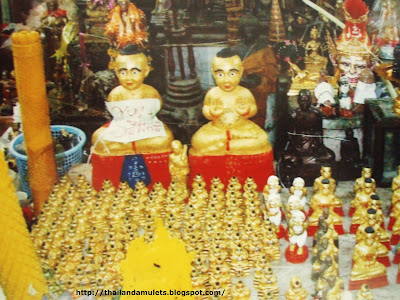 Well back to my strange illness, I had not wanted to ask the client about it as it would have been too sensitive. Anyway about the spiritual background of the client, the client had worshipped Thai Deities and one of them was the Guman Thong, a child idol or read the following part taken from an article by Wilson Yong of www.
Taoistsecrets.com

'In Thailand its a very common to see numerous business establishment having an idol of a child called Guman Thong, it is widely worshipped it seems like a cult. The idol is created in the form of a lovely young child, named Guman Thong but it's really a ghost!
Khun Paen is a legendary figure (1491-1529); he was born in Suphanburi Province (some 70 km. northwest of Bangkok) but grew up in the close bordered Kanchanaburi Province. Khun Paen was the first who created Guman Thong. He brought the dead baby from the womb of the dead Bua Klee, one of his wives, to the Temple outer area within the chanting hall where the Buddha image is placed. The Temple and its outer area are so sacred place that no mighty ghosts or spirits can enter. Based on the legend descriptions, Khun Paen was chanting some sacred mantras to invoke the spirit of Guman Thong while roasting the dead baby on the fire.

Creating Guman Thong in the ancient time can be terrifying. The practitioners had to go to the cemetery alone in the night, dig up the corpse, cut the corpse's abdomen removing the dead baby out, and then proceed directly to the nearest temple outer area for the roasting processes. That's the safe place to protect the ghost mother from trying to bring her baby back. So only the strong-mind person who possesses the advanced magical knowledge to subdue the ghost may do this.

Bear in mind that Guman Thong is actually a dead infant. But it is now created in the form of a young child with various materials, such as wood, bronze, ivory tusk, plaster, and various materials. The main purpose of creating Guman Thong in the ancient time is for protecting the owner. The young child ghost could be activated with mantra to fight the owner's enemies or to protect the owner's treasures. Almost all the present-era Guman Thongs have been created for wealth and for fortune purposes,

Worshipping Guman Thong needs consistent practice. He will be a great fortune bringer.

'The Guman Thong is in fact a spirit of a child that has been captured in the idol by a medium or monk that understands and has knowledge of arcane spells and incantations. It is thought that these spells are preserved by the spirits in the Himpan forest (known to us from Thai literature)

There are two types of child spirit – the spirit having fate and karma from a past life and the spirit without fate and karma. If a spirit previously had bad karma then it is their karma in this life to be exploited by practitioners of magic or controlled by withayathorn. (a guru of black magic) They are susceptible to become Guman Thong.

The other type of spirit is that has no previous karma and cannot become a Guman Thong. They will be re-born according to karma.'

Anyway, the client have business dealings with Thai people and accordingly, had some major dispute over some deals in Thailand. The year before was a very bad year for him which though after checking his bazi, can’t find anything wrong with it and I had then concluded that it was the house fengshui bad flying stars causing the problem.

Interestingly, after having enough with all this strange health problems which had leads to insomnia, stomach upsets, loss of appetite, etc I decided to ask the I Ching using poker cards. The centre card was an ace of Spade signifying a very bad relationship. With what? That I would leave it to you to decide. Anyway about the poker cards divination, I would have to carry on later. Now how? More or less, I had the impression that I had offended something or whatever it is. I can’t ask the client, he might answer it truthfully if he is aware or he might panic as he had just recovered from his bad patch. He had no worry about his house as I had given him a consecrated wind chime for protection from spiritual influence. The I Ching had made me lend it to him temporary at that time but it had end up with the wife having strong belief in it after his luck had started to improved, had then decided to give it to him as a gift instead. I don’t care, My dear I Ching, you better give me something times ten the value back, ha-ha…just kidding. 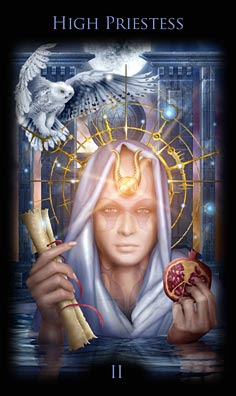 I had then invoked the tarot spells that I had been taught. Had thought of putting up a Mao Shan or Taoist Talisman at my main door but I had not wanted to give any misleading impression to my mother who is living with me alone as she might worry. She already had been observing that I had not been feeling well and had been making TCM herbal soups, you know, old people are like that. Now as I ‘m feeling much better today finally after invoking the tarot spells for protection from the spirits against those who are against me now, let’s talk about magic for today. Nah, not encouraging you folks to believe in spooks and hula boola stuff. Just sharing my experience, ok?

Now what is magic? I’m not talking about stuffs from David Copperfield, let’s look at it as what is a spell instead. Can we with all our technology and progress today be expected to believed in it or treat it as an escapism from the unexplained phenomena that we meet with in our daily life. There are many theories about why and how spells work. Some people believed that supernatural forces are involved, others that the unconscious mind is a powerful instrument that responds to symbols and ritualistic actions in a very special and interesting way. In other words, a spell is simply a way of concentrating the power of the mind in order to bring about a desired result. Anyway, modern science still have not figure out why an average person uses less then 30% of our total brain cells. Now about Black magic, it’s more about the ethics of magic. The basis of magic should be to bring about greater freedom, love and happiness. When hatred or gains at the expense of others as emotions is used to create negative changes in the lives of others, this is often called black magic. When a individual moves down this path, he or she sows the seeds of his or her destruction.

Black magic not only uses magical forces for selfish ends but is also generated by emotions such as hatred, fear and ignorance, and has as it ultimate aim the harming and destruction of humanity. Those who choose to practise such magic may experience short-term gains; they may well get their revenge or attain wealth very quickly. However, in a relatively short space of time, the negative forces they are sending out will return and act against them, but even stronger.

About love spells in Tarot, yes we have it but as a wise master have said ‘ A wiser policy is to let the identity of your future love be determined by the higher spiritual forces that watches over us, and guide us whenever we give them the chance. To interfere with the free will of another for our own gratification takes us close to black magic, no matter how much we may feel justified in doing so, or how desperate we may be. Yes, by the way, I’ m a white magic practioner so don’t worry that I will put a hex on you, ha-ha. Have to learn it for self-protection from my sole view point.

Till-then, cheers!!!
At last, Tiger Time for some beers after five days of suffering (couldn’t drink beer) Ha-ha...
Posted by 李杰 at 7:46 PM