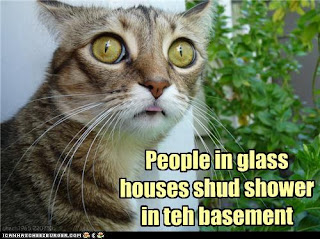 Well, on this TGIF, for those of you who are curious about the Black Hat Tantric Sect founded by Lin Yun Rinpoche (He had passed away last year August), a Chinese feng shui Grandmaster trained by lamas in Tibet, there is a book that could perhaps fill your time if you are bored this weekend.

'The Third Eye’ purportedly written by Tuesday Lobsang Rampa, a writer who claimed to have been a lama in Tibet before spending the second part of his life in the body of a British man, Cyril Henry Hoskin and which some had deemed as a fraud. The book was published in November 1956 and soon became a global bestseller. The Times Literary Supplement said of the book: "It comes near to being a work of art." Explorer and Tibetologist Heinrich Harrer was unconvinced about the book's origins and hired a private detective from Liverpool named Clifford Burgess to investigate Rampa. The findings concluded with, please go Wikipedia to find out more as it is too lengthy.

His statement which he maintained for the rest of his life in reply to this: ” I am Tuesday Lobsang Rampa, that is my only name, now my legal name, and I answer to no other.’

Lobsang Rampa went on to write another 18 books containing a mixture of religious and occult material. One of the books, Living With The Lama, was described as being dictated to Rampa by his pet Siamese cat, Mrs Fifi Greywhiskers.

Taken from his book:

'The instrument penetrated the bone. A very hard, clean sliver of wood had been treated by fire and herbs and was slid down so that it just entered the hole in my head. I felt a stinging, tickling sensation apparently in the bridge of my nose. It subsided and I became aware of subtle scents which I could not identify. Suddenly there was a blinding flash. For a moment the pain was intense. It diminished, died and was replaced by spirals of colour. As the projecting sliver was being bound into place so that it could not move, the Lama Mingyar Dondup turned to me and said:" You are now one of us, Lobsang. For the rest of your life you will see people as they are and not as they pretend to be."

Our autocratic cat, stalking across the courtyard on some mysterious business, would be addressed by a servant: “Would Honourable Puss Puss deign to come and drink this unworthy milk?” No matter how “honourable Puss Puss” was addressed, she would never come until she was ready.


It was our belief that if an animal was killed—even by accident—and eaten, humans would be under a debt to that animal. Such debts were paid by having a priest pray over the animal body in the hope of ensuring that the animal reincarnated into a higher status in the next life upon earth.


In this connection, our horses were never worked for two days together. If a horse was ridden on one day, then it had to be rested the next day. The same rule applied to the work animals. And they all knew it. If, by any chance a horse was picked for riding, and it had been ridden the day before, it would just stand still and refuse to move. When the saddle was removed, it would turn away with a shake of the head as if to say: “Well, I'm glad that injustice has been removed!” Donkeys were worse. They would wait until they were loaded, and then they would lie down and try to roll on the load.'

Enjoy the book you can download on the internet by just searching ‘The Third Eye'.

Have a great weekend!!!