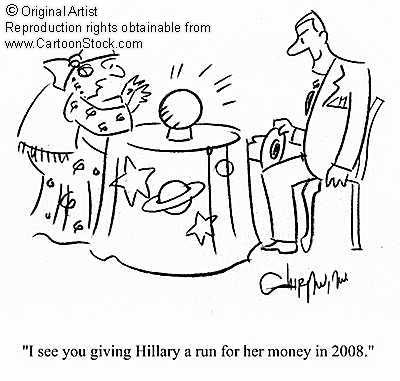 Two cowboys came upon an Indian lying on his stomach with his ear to the ground. One of the cowboys stops and says to the other, "You see that Indian?"

"Yeah," says the other cowboy.

"Look," says the first one, "He's listening to the ground. He can hear things for miles in any direction."

Just then the Indian looks up. "Covered wagon," he says, "About two miles away. Have two horses, one brown, one white. Man, woman, child, furniture in wagon ..."

"Incredible!" says the cowboy to his friend. "This Indian knows how far away they are, how many horses, what color, what's in the wagon -- just amazing!"


Let’s look at what today has in stall for Mr.Obama for symbolic stars in Bazi. Ain’t got the time for a Purple Star Astrology analysis, ha-ha, my apologies.

It’s not the trend that are looking good for him that I am supporting him to be the president.

Don’t bother to analyse Mr. McCain’s birth chart as I have says in my earlier posts in September for Shen-sha in Bazi, and Interferences for Zi Wei Astrology on Mr. Obama birth-chart. The sword did move in September, seeing a major economic crisis or disaster for United States which is in his destiny not saying that he caused it as the mortgage crisis have been there all the while brewing and waiting to explode at the right time.

He is supposed to be in Heaven Void in this month of Xu, which is inauspicious however his ten year luck pillar of Xin and Mao, the earthly branch which could have combine with the Xu branch to remove the void, is it possible? If the void is still there, it would have meant an empty or fruitless month.

Today, he meets his nobleman star Shen which has a partial triple clash with Si in his day pillar and can it push up a invisible Yin like tri-combinations removing the Heaven Void? Ha-ha, just wondering? Shen is also his Death star which if favorable indicates courage and ability in planning. His Year pillar meets the Gold Carriage Star, Happiness Star and Dragon Virtue Star in Shen indicating him bringing glory to his ancestors. But most of all, importantly, he meets the Nobleman Star on this crucial day. Therefore, to conclude, I forsee a landslide victory for him.

Oops, what is going to happens to the world stock indexes tomorrow?