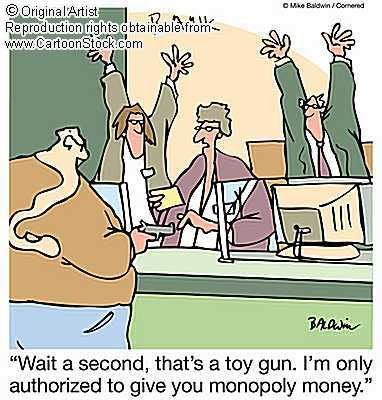 Latest news about the economic turmoils from a news report, ha-ha...

In what both sides called "a landmark deal," the top ten Wall Street investment firms have agreed to pay a $200 billion "advance against future crimes" to the State of New York, enabling the firms to commit up to 300 new crimes a year, according to the Borowitz Report.

A pediatrician asked six-year-old Johnny, who watched a good many TV, adds, just to make conversation.

"Johnny, if you found a couple of dollars and had to spend them, what would you buy?"

"A box of Tampax," he replied without hesitation.

"Tampax?" said the doctor. "What would you do with that?"

"Well," said Johnny, "I do not know exactly, but it's sure worth two dollars. With tampax, it says on TV, you can go swimming, go horseback riding, and also go skating, any time you want to."

Well, Life would still have still to go on for people like us...

Now, interestingly, got a e-mail today from another of my groups in Yahoo, Master Howard Choy have recommended a book on Liu-Fa for fengshui written by a Taiwanese Master. Thanks Master Choy.

At the end of the book, he gave three work samples and I found one of them particularly interesting from a FS architect point of view, because he first amended the original design in a sensible way and then use the Liqi theories to support his redesign.

Below showed the work sample in question and if we look at them carefully we can see the core idea of Liu Fa is to “fen ci xiong” 分雌雄 and “na sheng qi” 納生氣 of the period by paying special attentions to the location of the Ling Shen and Zheng Shen for timeliness by lining up the furniture, windows and doors. The concept of “one item, one Taiji” is also evident at work and once the principles, and there are six of them are known, the applications are relatively easy to carry out.'

Argh, that's means tommorow, I would have to go around again in bookstores looking for the book, would you?

Well, a song from ELO, a German group who sings in perfect English, well, we would need some Strange Magic, ha-ha... from us?