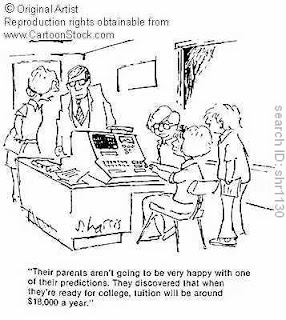 Well, guess its time to write something about the Yi Jing as I think is annoyed that I have been concentrating more on metaphysics. Hey, I did put your name at the front of feng shui.

A businessman was in a great deal of trouble. His business was failing, he had put everything he had into the business, he owed everybody-- it was so bad he was even contemplating suicide. As a last resort he went to a priest and poured out his story of tears and woe.

When he had finished, the priest said, "Here's what I want you to do: Put a beach chair and your Bible in your car and drive down to the beach. Take the beach chair and the Bible to the water's edge, sit down in the beach chair, and put the Bible in your lap. Open the Bible; the wind will rifle the pages, but finally the open Bible will come to rest on a page. Look down at the page and read the first thing you see. That will be your answer that will tell you what to do."

A year later the businessman went back to the priest and brought his wife and children with him. The man was in a new custom-tailored suit, his wife in a mink coat, the children shining. The businessman pulled an envelope stuffed with money out of his pocket, gave it to the priest as a donation in thanks for his advice.

The priest recognized the benefactor, and was curious. "You did as I suggested?" he asked.

"You went to the beach?"

"You sat in a beach chair with the Bible in your lap?"

"You let the pages rifle until they stopped?"

"And what were the first words you saw?"

‘Chapter 11 is a chapter of the United States Bankruptcy Code, which permits reorganization under the bankruptcy laws of the United States. Chapter 11 bankruptcy is available to every business, whether organized as a corporation or sole proprietorship, and to individuals, although it is most prominently used by corporate entities. In contrast, Chapter 7 governs the process of a liquidation bankruptcy, while Chapter 13 provides a reorganization process for the majority of private individuals.’ 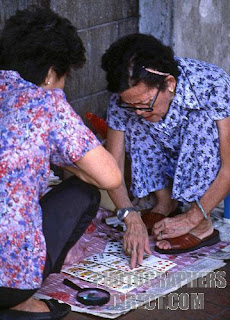 Now most of you who are on my blog here are probably from the western parts of the World meaning not knowing the Chinese language. Well, do not be worried about learning the Yi Jing as the story above has illustrated (Imaging). It is no hula bula stuff as it is universal(Just that we call it differently), we can look at it this way, Divination is mainly about using your intuition, to tap into your subconscious which knows a lot more than your conscious mind. About intuition, most of us are born with, it just that through the years, our minds gets conditioned by society and its rules which puts limitations on us subconsciously. Ever wonder about the power of advertisement, the word Coke which could means cocaine is now symbolically a soft drink. Ask any uneducated person of any races and they know what you mean when you say: ‘I want a coke.’ I had once ask an eighty plus old Chinese lady where to buy a coke and she looked at me weirdly before pointing to a Seven Eleven Store just next to us.

The Yi Jing comes in two parts, one philosophical (more on self-cultivation), the other which have evolved into Mei Hua Yi Shu (Plum blossom numerology, Liu Yao (six lines of the hexagram), etc (more on Divination). The first part is important as virtue is needed to be able to use the second part efficiently. It is in no way inferior to any other Chinese arts of divination unless you want to be the next Chu Ke Liang (A famous Chinese War strategist in Feudal China)

Okay, that will be about it. Maybe I can think of something to add on when I come back.