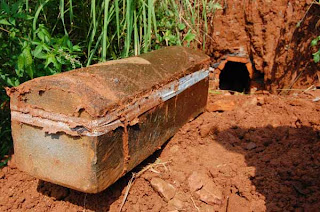 'White ants nest on the coffin in relocating the grave'

Xiao Jin then carried on: 'It would be good if you can perhaps as a present, buy her a jade Guan Yin (Chinese Goddess of Mercy) neck pendant or a shiny cross if she is a christian. Maybe get somebody to check the feng shui of her house too could help to avert this mishap.'

Ah Shan: 'For feng shui, I doubt so as her parents do not believe in this stuff. All right, I will try to do something about getting her a talisman. Anyway, you were telling me that there are things that I need to do next year as there is a harm in my bazi chart.'

Xiao Jin: 'Don't bother about that as it is still early now.'

Ah Shan: 'You still appear to be reluctant as if you want to keep me in suspense for this period and obligated to you.'

Xiao Jin: 'You misunderstood me, I have already told you more than I should have and when the time is right, I will let you know more.' He stopped when he saw Ah Feng coming back from her phone call. He then changed the subject immediately.


Xiao Jin: 'By the way, since your father believed in Feng Shui, ask him to get a feng shui expert in Ying Zhai Feng Shui to check your ancestral tomb as you had asked me about your career the last time. I believed there could be some problems which would not be good for the descendants.'

Ah Shan still annoyed by Xiao Jin refusal to let him know more about his request: ‘All-right, I will talk to my father about it. Okay, I guess we can go now as I had to take Ah Feng to look at some furniture we intend to get for our new home.’


So saying, they bade each other good-bye at the doors of the restaurant with Xiao Jin reminding Ah Shan to buy a talisman protection as a present for Ah Feng.


After they have left the place, Ah Feng noticed that Ah Shan appeared to be moody and asks: 'What is the problem, did you argue with Xiao Jin when I was not around just now?'


Ah Shan: 'It is not that, I had asked him something and he had put it off again. It appears that he wants me to feel obligated to him. I would not, I think in the future, I would instead look for my cousin, the Feng Shui guy who should know all this stuffs too and I just need to give an Ang Pow (money in a Chinese red packet) for advices. See how fast he had settled our  property search unlike the old fortune teller and now Xiao Jin who behaved like him.'


What Ah Shan do not know further was that the property that his feng shui master cousin had recommended apart from having bad external landforms if you would to compare the two photographs in the previous post, had other feng shui defects too, especially for Ah Feng of West group of birth actually. He then put aside what Xiao Jin had kept harping on about getting a talisman for Ah Feng in his anger.

From Collection of Classics on the Physiognomy of Dwellings (相宅经纂): 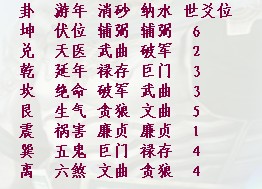 Well, months passed by and there was a week more to go before the new year when Ah Shan had an office party for the festive Christmas season at a colleague's place. Ah Feng dressed beautifully for that night, a new trend low cut dress of English label. They had a lot of fun that night as Ah Feng also knows most of his colleagues and Ah Shan had taken opportunity to announce his marriage in the coming Mao month after the forthcoming Chinese new year. While doing it that, he had suddenly dropped his wine glass out of the blue onto the floor. He was surprised too as he thought that somebody had slapped onto his arm but he found nobody around him. He felt uneasy at this but was soon distracted by his colleagues who jestfully wanted to punish him by making him drink three glasses of wine in a row to compensate for causing the mess. Nearing the end of the night, a happy Ah Shan was soon drunk from the continuous well wishes with the drinks for his coming marriage.

As it was time to go off, the host by the name of Xiao Gang saw that Ah Shan was too drunk to drive home and offered to send Ah Shan and Ah Feng back. Ah Feng gratefully accepted it as she was worried if the  intoxicated Ah Shan insisted on driving home. They had then send Ah Shan back first as he was drunk before going to Ah Feng's place. On reaching Ah Feng's house which was in a block of four storey apartments, Xiao Gang wanted to send her up to her house which is on the third storey which Ah Feng declined, not wanting to inconvenience the host further. Xiao Gang then left with Ah Feng slowly walking up to her house.

She was on the second storey floor when suddenly two dark figures emerged from the dimly lit staircase and accosted her. One who pulled her handbag but as she struggled and shouted making the other to hit her forcefully on the back of her head with a big torch which cause her to lose consciousness. The robber who took the handbag threw it down disgustedly as he found only a few banknotes while the other on seeing this started to take off her watch and open up her coat to see if there are other valuables. He then saw the cleavage and the shapely body and immediately started to rip off the dress, the other robber on seeing this also knelt down. It is ironical that if Ah Shan had bought or insisted on getting Ah Feng the Goddess Guan Yin neck pendant or the shiny cross, the robber might have changed his mind on seeing it. Most humans beings good or bad will feel uneasy and hesitate on seeing spiritual items if they wanted to do something unethical.

After sometimes, Ah Feng woke up still feeling the pain on her head and trying to recall what had happened. On seeing her torn dress and her open handbag on the floor, she guess as much as what had happened. Though she had a strong and carefree character, she immediately started sobbing and crying. As her moods stabilized, she started to think of what to do. She realised that to make a police report is of no avail as she was unconscious and have no way of getting any identification marks of her assailants. Worse, if this matter gets blown up by the merciless news press, she and her parents would be subjected to a lot of unnecessary attentions with no opportunity of getting redress based on her circumstances. She then picked herself up and painfully walk up to her house and seeing her house was dimly lit, she then dare to open the door and go in as she do not want her mother to see her state and ask her questions. 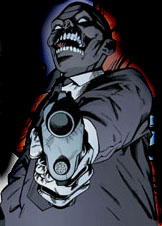 As what Xiao Jin had predicted had came true and it was a pity that Ah Shan had out of personal feelings disregard his advice. Actually Xiao Jin had seen from Ah Feng's Zi Wei astrology chart for that year had Wu Qu The Warrior Hua Ji or Negatively transformed/affected and that month would meet Qing Yang The Sword which would caused a disaster rather than mishap which he had used to describe as he had not want to panic the couple.