Of Angels and Demons 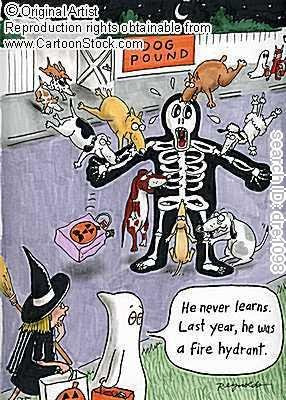 A woman walked into the kitchen to find her husband stalking around with a fly swatter.

"What are you doing?" she asked.

Intrigued, she asked. "How can you tell?"


To continue on the third dimensions, ha-ha….

Taken from Taoist Master Hua-Ching Ni, ‘The Book of Changes and The Unchanging Truth.'

‘The truth of spirit is very different from ordinary descriptions in literature and religion or general imagination. The existence of spirits is a fact of nature.

The difference between spirits and ghosts is an important one. The two great spheres in the subtle realm are the divisions of yin and yang. Spirits belong to the yang category. Ghosts, on the other hand, belong to the yin category and are of a much heavier energy.

Spirits offer their services by staying with their spiritually developed human friends. They can also disclose the personality of a new acquaintance and warn habitually kind and tolerant people of impending danger. A gathering of numerous spirits can accomplish what human beings never could. They can stop an electric current for as long as they wish, be mischievous with a mechanical system (Hmn, wonder if the Singapore Flyer had anything to do with it?) or control certain points of the human nervous system and cause paralysis for protective reasons or other intentions.

The significant difference between spirits and ghosts is that spirits are essential, light and pure whereas ghosts are the opposite. Spirits come from the formation of nature: they are pure and mild.

Ghosts are souls that have recently departed from human life and are still contaminated with their life experience. A spirit is much lighter than a ghost. Ghost usually sinks into the ground. (Heavenly Qi and Earth Qi?)

Since Ghosts have ‘heavy’ energy, they sometimes appear in human forms at night and attack people. Actually this seldom happens. The sudden interference of an ill-intentioned ghost can cause vehicles or machines to completely stop and thus create land or air accidents. The ghosts in an inferior negative sphere are more apparent and can easily reach a person’s level of emotion, such as fear, or, of feeling, such as becoming chilly of a sudden. (Probably refer to weak will people)

Troublesome spirits haunt troublesome people. The kind of energy a person has will attract a spirit of like energy. Thorough spiritual purification can have a good effect on these problems. (If you will to meet one such spirit in a fengshui audit)

Spirits and ghosts, especially real demons, can incite riots mob and through morally undeveloped people who come together as a mob and who are often used without even knowing it. These people carry out the evil wishes of such spirits in order to persecute one who is righteous and has fulfilled his moral duty and actually protected people from the harm of these demons and evil spirits. In most cases, demons and evil spirits cannot carry out these actions themselves. They must be enacted through morally undeveloped people whose inner darkness is reflected in their ignorance and vicious behaviour. The practice of virtue protects one from this level of evil spiritual influence or interferences ( as you can invoke kind spirits to help you, my quote for those in bracket ).'

Still have not send my desktop CPU for repairs. And as I say, I sure hate the squeezed keyboard on my lap-top....
Posted by 李杰 at 7:57 PM