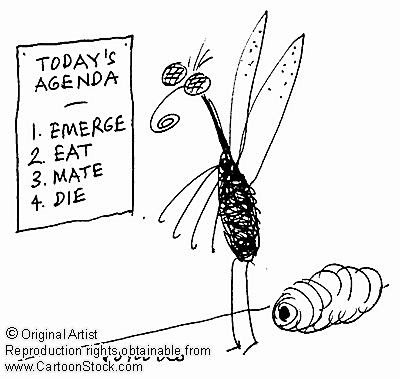 Right now, it's a Saturday nite.

A middle aged woman has a heart attack and is taken to the hospital. While on the operating table she has a near-death experience. During that experience she sees God and asks if this is it. God says no and explains that she has another 30-40 years to live.

Upon her recovery she decides to just stay in the hospital and have a face lift, liposuction, breast augmentation, and a tummy tuck. She even has someone come in and change her hair colour. She figures that since she's got another 30 or 40 years she might as well make the most of it.

She walks out the hospital after the last operation and is killed by an ambulance speeding up to the hospital.

She arrives in front of God again and asks, "I thought you said I had another 30-40 years?"

The importance of the MotherShip 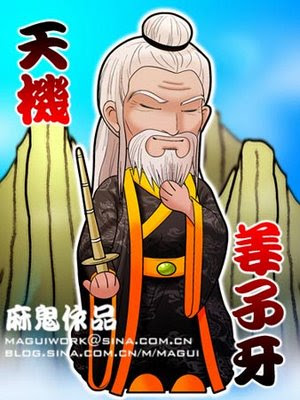 Before we go further to our next main character,Tian Ji, the strategist for Northern Group, let's look at the characteristic of the chart's twelve palace.

All together, there are twelve domains or palaces and each has twelve earthly branch attached to it. This would affect the brightness or dimness of the stars that falls into it.

For Birth chart,
Ming Gong (The Life palace or self-domain)

The Ming Gong is the person’s Destiny palace. It has to do with “pre-heaven”, your destiny and what has already been decided for you. The Ming is similar to the Sun Sign or 1st House. Look for the lifetime Ming palace, and then at the palace’s bottom right-hand corner, bottom word.

The Four Horses/Corners (Shen, Si, Yin, Hai) are the branches in the corner palaces of a Zi Wei chart. They are often called the Four Horses because these Four Corners have to do with movement. People with their Ming Gong in a Horses/Corner palace are always on the move and have trouble sitting still. They may also invite problems unnecessarily.

The Four Directions (Zi, Mao, Wu, You) are the branches in the palaces associated with the four cardinal directions - North, East, South, and West respectively. These branches are sometimes called the Four Failures because of people with their Ming here love parties, social life, romance, drinking, gambling, and overspending. The Chinese term for this is “peach blossoms”. Peach blossoms are among the first flowers to bloom in China, usually around the end of December until the spring rains destroy them in February. They are lovely, bright and lively, but do not last long. People with a lot of peach blossoms were not considered to have much hope of living productively and responsibly, but in modern times these people can do quite well in the arts and entertainments fields, where this kind of charisma can help them succeed.

The Four Earths (Chen, Chou, Shu, Wei) are the branches associated with the Earth element. They are sometimes called the Four Graves. Earth is heavy and not easily moved or changed, thus those with their Ming in one of the Four Earths find it difficult to change and move as well. They must work very hard to achieve and will do better if they move far from their birthplace as early as is possible. Those with their Ming in Chen (“Heaven Net”) or Shu (“Earth Net”) get “stuck” even more easily and need to break through their nets in order to succeed.


The Shen Gong is “post-heaven”, where you are headed in life. Ming tends to represent one’s early life, while Shen represents later life.


The Location of Ming Gong or Life Palace


The Branch of the Palace in which the Ming Gong falls determines certain characteristics of a person's life. Look in each palace at the lower right-hand side, bottom word. 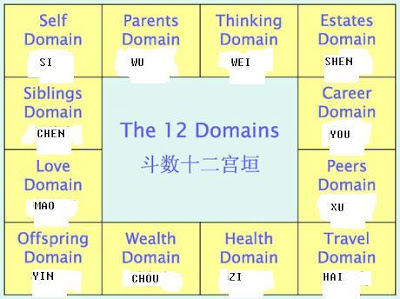 Note: The Ming Gong or Life Palace would be based on your time of birth and it would then fall accordingly to one of the twelve palaces or earthly branches which are fixed and don't shift.

Zi (Rat)
• Optimistic and happy about life. Poised and elegant, smart and practical.
• Forgives and forgets easily.
• Loves to make new friends, is easily seduced.
• Devoted to and affectionate with friends, though doesn’t always keep promises.
• Patient with spouse.
• Is even-handed and treats everyone equally regardless of socio-economic class.
• Loves to be considered distinctive, has uncommon judgment. Quite strong-willed.

Chou (Ox)
• Stays to oneself, not easy to get to know. Independent with few to turn to.
• Willing to take on heavy responsibilities without considering personal interest. Deliberate and persistent, determined to succeed.
• Strong desire to be praised, trusted and respected, and quick to anger when others disagree with him/her.
• Tends to be envied and even may be "framed" by others. Often treats others in an arrogant manner or shows off.
• Better to leave birthplace early and develop self elsewhere.

Yin (Tiger)
• Has a good heart and always willing to share.
• Enjoys a wide circle of friends. Popular and admired.
• Active, clever, always on the move. Able to endure suffering and hard work. Tough, resolute, prefers the fast way, doesn’t like the word “no”.
• Can become wealthy more easily than others
• Can unnecessarily invite problems.

Mao (Rabbit)
• Often physically weak in younger years, stronger in adulthood.
• Sensitive, observant, clever in dealings – sees what others cannot.
• Sociable and loves romance, so can easily get into affairs.
• Suspicious and careful because of prior difficulties.
• Has to struggle alone, with few to turn to
• Easily irritated, so can argue over the unimportant. Everything is either black or white.
• Must be disciplined and educated to have a productive life.

Chen (Dragon)
• Gentle, tranquil appearance.
• Courteous, good manners, gentle and kind-hearted.
• Loves to mediate and help. Considerate, balanced and impartial.
• Intelligent, clever at handling difficult situations, relaxed, indecisive, unhurried, a bit too casual.
• Can invite sorrows and disasters. Has few to turn to.
• Better to move far from birthplace to develop and succeed.

For this example in the chart above.

Si (Snake)
• Calm and steady external appearance, internally ambitious and worrying.
• “Misses the forest for the trees” – a perfectionist who pays too much attention to the unimportant.
• Savvy and good with business and prudent with money.
• Can invite problems unnecessarily.
• Ambitious, busy, hard-working, but can be lonely

Wu (Horse)
• Witty, friendly and sunny personality, noticeable in a crowd.
• If brought up well, can succeed both financially and in life.
• Prone to be arrogant or flatter those he/she wants to please.
• If brought up poorly, can be lecherous and use people for their own purposes.

Wei (Sheep)
• Appears shy, sensitive, easily irritated but is quite strong inside.
• Idealistic and hard working, but must push hard to achieve
• Can be too narrow-minded about things – does not readily accept outside opinions or ideas, so can be lonely
• Better to move far from birthplace early and develop elsewhere.

Shen (Monkey)
• Very changeable – confident at one moment, unsure the next. Contradicts oneself.
• Clever, witty and skillful.
• Moves with poise and grace – good at the performing arts
• Life is very changeable as well – gains a great deal and loses a great deal.
• Better to marry later in life.

You (Rooster)
• Dependable, honest and kind-hearted, loves romance and can fall into affairs.
• Strong personality, acts independently and is not open to other’s suggestions.
• Can be arrogant to the point of causing failure.
• Self-dependent, solves personal problems on one’s own.
• Enjoys travel, particularly to historical sites.

Shu (Dog)
• Appears steady and tranquil on the outside, but is prone to depression.
• Needs lots of support and encouragement from loved ones.
• Smart, hardworking, efficient, not afraid to fight for what is right.
• “This horse will not gallop fast without some whipping.”
• Better to move far from birthplace early and develop elsewhere.

Hai (Pig)
• Sensitive and compassionate, kind-hearted and gentle.
• Easily moved to tears by the beauty of nature.
• Quick learning, serious, busy and hardworking.
• Shares whatever they have with others.
• Prone to invite problems.

Quote: 'I would like to speak to whosoever is in control of life, and suggest some improvements'
Posted by 李杰 at 12:23 AM