A Step Into The Future 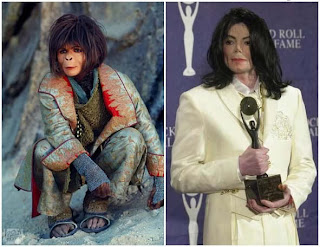 The Origins of Life

Being plagued lately by insomnia from boredom, came across this interesting BBC documentary about Time, Space and Life. How old is the Planet Earth? The first few part talks about measuring how old is Earth. The start was about using the Old Bible to measure time by somebody in the Early century and found it to be about 6000 years old. Next, in the New Century, the river eroding the Grand Canyon and creating its awesome landscape using the present level to measure in accordance took it back to about 50 million years plus at about an inch of erosion for every 2000 years and about the use of DNA.

Anyway, watch the next video with links to the other videos which interestingly reminds me of the Oldest Chinese Metaphysic art called Da Liu Ren or Big Six Water also based on time concept of the 60 Jia Zi with the claims that Life begins with Water. I had written about this art in a previous posting:

If this is the case, then the Ancient Chinese already knew about this a few thousand years back compared to what researchers have found out recently.


Maybe as what the video had implied, one day, we could be travelling spaceman or playing aliens to other races on other planet. Isn 't that nice. ♪♫♪♫♪♪

Or would Man thru its own stupidity self-destruct and goes back to being primitive and comes across that future clock in the above video that is supposed to last ten thousand years later and comes out another He Tu Map(A diagram found on the back of a mysterious animal, the chinese sky map for cosmology and kick start the Chinese Civilisation a few thousand years back). Well, the choice is ours still to decide, ain't it?

The He Tu or Sky Map

Anyway, the Sun Life span can last for about another 5 Billion years and with that Earth would also end. This theory is based on the Hydrogen Bomb invented which powered the Sun.


Thought I would like to add in this video about LIFE
A message from the Past in 2008 for Mr.Obama before he was elected to be President to change the world.