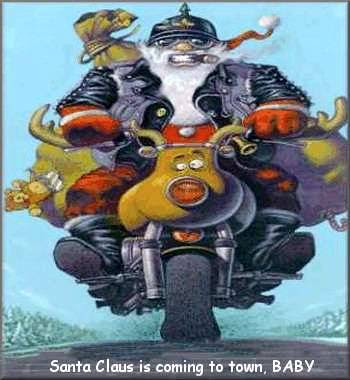 Two men waiting at the Pearly Gates strike up a conversation.

"How'd you die?" the first man asks the second.

"I froze to death," says the second.

"That's awful," says the first man. "How does it feel to freeze to death?"

"It's very uncomfortable at first," says the second man. "You get the shakes, and you get pains in all your fingers and toes. But eventually, it's a very calm way to go. You get numb and you kind of drift off, as if you're sleeping. How about you, how did you die?"

"I had a heart attack," says the first man. "You see, I knew my wife was cheating on me, so one day I showed up at home unexpectedly. I ran up to the bedroom, and found her alone, knitting. I rushed down to the basement, but no one was hiding there. I ran up to the second floor, but found no one there either. I went as fast as I could to the attic, and just as I got there, I had a massive heart attack and died."

The second man shakes his head. "That's so ironic," he says.

"What do you mean?" asks the first man.

"If you had only stopped to look in the freezer, we'd both be still alive."

Now to carry on with using poker cards for divinations in Yi Jing, you will have to get a set of playing cards. Kindly treat it with respect and keep it out of sight when not in use. Please do not use it for your Chinese New Year or any occasions for gambling or entertainment activities.

Further explanations of timing of the lunar months. The first card at the north is the Rat month Zi ( in this scenario, the Ace of Spade ), followed by Chou (Ten of Hearts), ignore the seven of spades which is for other purpose for the cardinal direction of North-east. Then the nine of spade would be the Yin Lunar Month.

Good, we are ready to start now.

First, remove all the twos, threes, fours and fives card and the jokers in the stack.

Now to begin, make sure you are relaxed and not under any stress. Imagine you are with a friend, and you are pouring out your worries and trouble to? Shuffle the cards as you think of the question you wanted to ask. Make it specific. You don’t ask ‘When I can be rich?’ because it might be tomorrow when you buy a lottery ticket or twenty years later. You ask ‘Can I be rich by Tomorrow?’ But before you do that, ask yourself in the heart, is it possible? If not, by logic, don’t bother, ask something else more sensible to avoid wasting your time.

When you are ready, cut the cards into two halves, and put the top under the second half.
Then the first card would be the prelimary assessment by the Yi Jing of your situation.
However, ha-ha, we would start it simple, taking readings from the first card which would be the centre card to your question. Ignore about the rest which I would carry on after the New Year. Now if it shows a card with Hearts or Diamonds, it is auspicious but if it shows a Spade or Club card, be wary of whatever actions you want to undertake. For the areas that the cards would portray, e.g. relationship, health, wealth, etc, I would carry on with as I said after the New Year. Not to worry, you can try this out and see if the aftermath is correct or not for the moment for any decision making. For building the circle of cards and the hexagram, after New Year Day. At the moment, just remember Red is positive and Black colour cards are negative situations. For a start, the ace always represent relationship, so for those of you looking for love in this festive season, may you get an Ace of Hearts. If you don’t get it, ha-ha, don’t worry, I will explain further about the other cards significance after New Year Day.

A Merry Christmas and a Happy New Year!!!