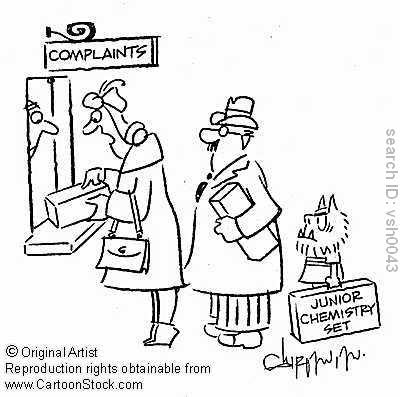 Hello my fellow practitioners,
As usual,
About Gambling
A guy gets home from work one night and hears a little voice. The little voice tells him, "Quit your job, sell your house, take your money, go to Vegas." The man is disturbed at what he hears and ignores the little voice.

The next day, when he gets home from work, the same thing happens. The little voice tells him, "Quit your job, sell your house, take your money, go to Vegas." Again, the man ignores the little voice, though he is very troubled by the event.

The moment the man gets off the plane in Vegas, the little voice tells him, "Go to Harrah's." So, he hops in a cab and rushes over to Harrah's.

Nervously, the man exchanges all his money for chips and then puts them all on 17.

The dealer wishes the man good luck and spins the roulette wheel. Around and around the ball caroms. The man anxiously watches the ball as it slowly loses speed until finally it settles into number... 21.

Ha-ha, reminds me of the IR with the casinos coming up in Singapore. Man, should be time to get a few Hawaii shirts to wear as we are on an island, right?

Anyway, I would be back with clash of the earths for Bazi and when is the wealth pot opened without being clashed and when it needs to be clash for it to to be open in a few days time. Feeling tired already, must have been lazing around too much, ha-ha.....

Congratulations to Mr. Obama for the Nobel award. Yea, Man, it's Time for Peace and Love, ha-ha..

Clash of Earths in the Six Clashes,
Chou 丑 X Wei 未
Chen 辰 X Xu 戌
Now to go further, let's just use an example to see when is the wealth locked and needs to be clash for it to be released to be of use. It is understood here that wealth is favorable only for a strong daymaster or when the weak daymaster turns strong.
E.g. birthdate not from Hsia Calendar,
Ji Xin Bing Gui
Chou Si You Wei
己 辛 丙 癸
丑 巳 酉 未
Now accordingly to old texts, Bazi chart with storehouse or earth with the wealth element will normally indicate that the person will be able to sustain and keeps his wealth whereas wealth that protrudes at the heavenly stem by itself is not long term. Roots at Earthly branches with Tri-combinations is a different scenario.
The example above is that of a strong Xin metal daymaster. His wealth pot is Wei and as there is no Jia or Yi at the heavenly stems, his wealth is deem locked in the vault or stored in the warehouse. Therefore he will have to wait for his Ten year luck pillar that comes with Chou 丑 or the annual Tai Sui to clash it open and to be of use.
Now lets change the e.g. to
Ji Xin Bing Yi
Chou Si You Wei
己 辛 丙 乙
丑 巳 酉 未
You will noticed that now there is a Yi 乙 sitting on Wei. This means that the wealth is out of the storage. And there is no need for it to be clash open. The Wei未 is now the the root for his wealth Yi and any clash would be unfavorable resulting in loss of wealth and etc. In this scenario, water would be favorable as it would strengthen the wealth element and drained the strong daymaster.
Q & A

In a clash from the Tai Sui, e.g. Chou E2 clash the Bazi E8, will the vault opened as there is a doubt which is stronger?

Yawn, I'm tired. It sure its a lazy Sunday afternoon, time for a nap. Would be back soon on the Titans, ha-ha..
Posted by 李杰 at 3:20 PM