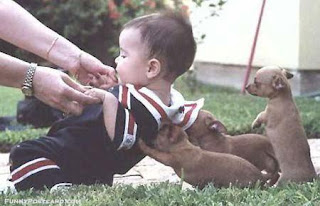 I just got an email complaining that my blog is getting boring with all the metaphysics stuff and I sure am pleased to hear about it, ha-ha. It will motivates me to relax now whenever I had feel stressed to write something which is the reasons why I had put up 9 links here for you all to explore if I am not around. Anyway, the writer was asking me: ' How do you people in this God like position live your life since you almost knows all about life to be in a position to advise people in need?' and 'And write something about being an Authority of your own life..'

Well, mine that sure is thought provoking. And as I started to write my thoughts and as usual, music to relax as I contemplated, the following song was played on FM 90.5, a local radio station, Jacko: 'You are not Alone' coincidentally.

Remember at that time when I had talk about the Living Hell in one of my posts. A few years ago, I had look for masters to understand more about the elusive 'Da Liu Ren' knowledge, one of the ancient metaphysic arts as I had then felt that I had more or less knows about Tie Ban Shen Shu, Iron Plate Divination Numerology' and surprise, there is an ongoing late drama show on Channel 8 a few days back, our local television about the Bad ones trying to get hold of this knowledge which uses an abacus and a book called Heaven's secret which was passed down by ET, an alien accordingly to that TV script. Its kind of freaky as what Mulberry, a web friend from 5 arts forum had said for unexplained phenomena for haphazard events that had come together coincidentally. At that time, I had found the so called basic foundation for Da Liu Ren, a big puzzle and I have left it alone until lately being bored, I had then took the text out to have a re-look and again, surprise, some of the theories are starting to make sense now, after hundreds of case studies. Anyway, I had then started to feel smug or God-like and I was then bought to ground immediately from that email today, God floats not humans, right? I then think back, its like God telling me: 'You want to play God?', and it had reminds me of my one month' s Hell in the hospital as the doctors had try to diagnose my problem as initially they had suspect that it was cancer as it had all the symptoms and mind you, I am still living my everyday with that dreary thought though the doctors were puzzled why it was'nt which had bought me to a recent topic where a forumer was saying that people with the three punishment of Chou, Wei and Xu have a high possibility of having cancer and which, of course I had replied indignantly with an article from Damo Qigong, a website from China though I do not have that lucky combinations.

Well now, that's interesting, having the habit of the old chinese cryptic thought now from reading too much of the Classics, it sounds like: ' You don't want to be Human, Eh?' which had brings me down to Earth immediately. Though there are times that I had grown bored with this World but I still have no thoughts of leaving it yet, ha-ha...

So Hey, I think there would be times from now where I will ignore any more email requests and I hope to have your understanding. You all should know that it is not monetary reason as some of you have been generous to offer and as I have said, give it to your favorite charity instead. However for those with the affinity, I will do my best to show the Way or Tao provided that you do some readings on the I Ching and I assure you that even if I am not there, somebody would be there for you. Lately, I had kinda of feel that the I Ching have been trying to get my attentions but I had been ignoring IT. Well, Now, You God, listen, my answer: 'I' m not playing God and I never will but just to bring some joys to this bleakly dark world, OK?'

Anyway, I will have no regrets as I believed that I have lived my life to the fullest and bringing rain of joys and rays of sunshine when necessary, right?
Cheers.

You are not ALONE, OK?