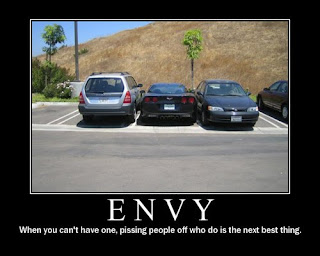 Lately, I have not thought of blogging till I saw a news read tonight as I was about to call it a day. Been feeling aimless and tired of the World and even the nonsenses about the coming Apolcalypse or Doomsday 2012, two reasons, one being the Nibiru Theory, about a Death Star coming into contact with our Solar System Orbit in 2012 and creating chaos and destruction with its huge size affecting the gravity of Earth. That theory however have been debunked by recognised and qualified scientists. Anyway, it was supposed to happens in 2003 which have already gone by if you were to search the Internet on the predictions. And there is no doubt that Hollywood have taken advantage to produce a movie about it and makes some money.

The other was the Mayan Calendar which ends exactly in 2012 and some smart alecs took it to means the world will end at the same time. I leave it to you to see whether it makes sense to you. Interestingly, the Early Chinese have sailed to the so called New World but the South America instead which have been documented and if you will to search on the Internet, you will discover that the Early South American Indian Tribes uses the chemical Cinnabar which the Chinese Mao Shan Sect uses in Talismans to ward off evil. They also uses it for the same reasons coincindentally.

Anyway, this bring us back to where I am blogging again as some of us are worrying unnecessary about uncertain future events. This is also for those who want to Die after meeting setbacks or Lost, Watch the following video:


Hope it will prep up your Meanings in Life. Lets thanks Liu Wei for giving us a stronger belief in Life.

"Since the phantasmic synthesizer affords the possibility of an encounter with a world peopled with divine powers, and since, according to Platonic dogma, this world is homologous to the intelligential world, there is a way of acting upon the synthesizer to invoke numinous presences. This invocation... can be carried out using certain substances, forms, and colors to which the higher beings are sensitive." -Couliano

What a phantasmic synthesizer is.

According to Aristotle's Biology, the phantasmic synthesizer is located in the heart and is the processor of the phantasmic pneuma, where images and impressions are stored/processed. In Aristotle's view, the soul receives information throug...h the bodily senses by a process of conversion of sensory information into phantasmatos. The phantasm then, is a sort of rarefied sense-datum or thought. Pneuma is a means of conveyance, like the Upanishadic theory of Prana, but not quite as elaborate. All of the pneumatic currents carrying phantasmic information are transmitted to the mind, which is seated in the heart. This is also similar to the Stoic theory of sensation. Consider how according to traditional Chinese medicine, the Shen神 is located in the heart心.