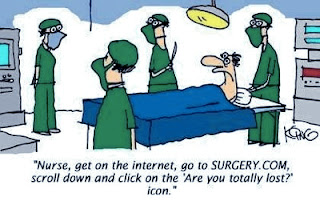 As I sit here tonight unable to sleep yet, thought I might as well wrap up my thoughts for the month here. I had undergo an interesting chapter of my life learning about Health after that unfortunate incident of having to go through surgery. Anyway, it gave me the experience of how people feel before they go under the knife. The procedure is painless just that the aftermath is a sort of suffering while recuperating.

Already nine months into recovery with the surgeon proclaiming success with his work : ( The doctor who was with me from the start however does'nt have that optimistic look during the monthly visits on the progress of my health. I had then decided to opt for Traditional Chinese Medicine as a safety measure. In fact, I had read up a lot on Traditional Chinese Medicine prior to this episode and had felt impressed to use it on my diet. I was then recommended a medical organisation called 'The World of......' and on that day of the visit as I reach the clinic, it was raining.

It turned out I had went to the branch as I had been given the wrong address however the Main clinic is a 5 minutes walking distance away. I was impressed when an asistant from that clinic came with an extra umbrella to show me the way there. It was very professional but comes with an expensive tag. Boy, it was an impressive and luxurious big looking clinic, signs of being feng shuied too.

Guess I was not that impressed as the so called Professor who have taken charge of my case was a serious looking lady with an average look. Not talking about face reading but she does'n t look to be in her pink of health or with rosy cheeks showing the wonder of being a practitioner of this chinese arts. Ask me what occupation I' m in and I replied that I am unemployed. Speaking in a serious haughty tone, told me I should try to find something to do. Initially I was touched that welfare of the patient is on their list however turns out that it is because the medicine and consultation is expensive and I need to be able to afford it. Probably I was'nt wearing any Rolex watch or jewellery and being casually dressed. Then told me the complete course would takes 10 weeks which would costs about S$300 per week totalling about S$3000 plus. I was'nt concerned but more on what it can do for my health which have no price tag. She told me proudly that she have patients who are still seeing her after 13 years (In my mind, I got worried:'Could be she means the patients still needs to see her continously for 13 years instead of they are that loyal in my mind). Interestingly, she told me if I sign up a package. I would get an immediate discount of $300 plus of savings. Now, I' m starting to get skeptical, I have been staying in the hospital for a period of time. Instead of the norm of letting me try out the medicine for a week to see if there are any side effects or whether it works or not, they had decided that this package would be suitable for me.It had becomes a kind of force selling tactics regardless of the savings. Benefit of doubts not given, what if I should need more expensive medicine halfway? Anyway, decided to go along with it but did not sign up for the package as I think they will pay more attention to me and give better service as I am not commited and any lapse would see the last of me. Try it for total of 4 weeks and not feeling any better and feeling worse instead and fortunately a miracle was on the way, a 5arts friend told me she was seeing a TCM doctor out of the blue. I then decided to go for a second opinion though my friend says it is normally expensive and not to switch doctor if not necessary. Nevertheless, I persisted and got the address and decided to pay a visit the next few days.

A few days later, surprised when I saw the run down, old looking clinic with a motherly receptionist and a few old ladies but apparently smiling contently unlike the other one. Forgot to add in, at my last visit to that old doc, I had encounter another sickly but rich looking patient with a rolex watch plus a tube attached to his nose and looks like a repeated visits patient and had make me decided to switch doctor. I then went into the consultation room upon being called and was pleased on seeing an kindly old man with ruddy cheeks. He was very polite and ask me several questions, apart from checking my pulse on both wrist as well as look at my tongue, also check my foot to my surprise and even explained to me the reasons why he need to do it. I was surprised when he told me I had a Heart problem which I was aware as there is a clash in my bazi chart and which the western doctor and the last TCM doctor did not mentioned as a benefit of doubt to them. This Doctor then told me to be careful and not to engage in strenous exercise for the time being. I then knew that I had met a True Master who has true concerns for the patients. I had then went to collect the medicine for three days and to go back for another check before he decided whether the medicine is suitable for me. Paid a total of S$30 all in for consultation and medicine. Now a Happy me ☺☺☺ after 3 weeks had paid about S$36 for every visit and medicine weekly and feeling much better. Another suprise was that I found out later that he is a well known physician heading a team in a TCM organisation doing charity and social works. Mmm, I will not disclose his name as his clinic apparently is to help elderly people at affordable fees and I would not want it to be over packed which would defeat its purpose, my apologies. By the way, his daymaster element for bazi was also my favorable element.That friend of mine happened to know his birthday.

A quote from an unknown source:

'Alternative Health proponents want it both ways: First they say your regular doctor doesn't know as much as they do and conventional medicine is a failure. Then they claim their products are 'clinically tested' and 'scientifically proven' to work.'

My silent accolades to him after meeting the 'Knife', ha-ha..