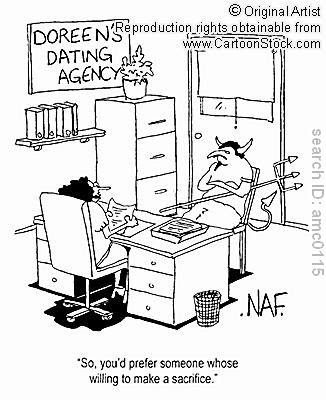 What is right? and what is wrong? 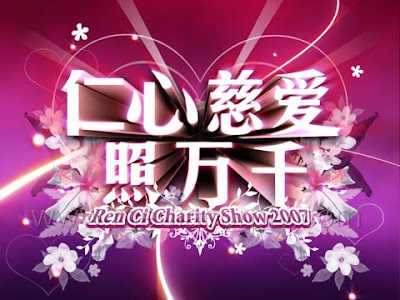 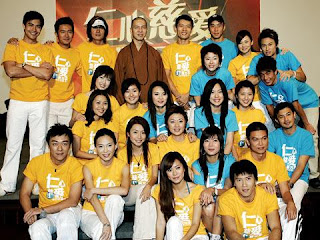 'As with other years, Venerable Shi Ming Yi, Chairman/Honorary CEO of Ren Ci Hospital & Medicare Centre, will also take on a daredevil item to tug our heartstrings and rally for donations. While the man himself isn’t sure of the stunt details, that it requires a lot of resilience and fitness and probably involves walking vertically up. Host Quan Yifeng also gleefully told the gathering of reporters that Venerable Ming Yi has been making clandestine trips to Paragon everyday for the past one to two months… to train in the gym there at the unearthly hour of 6am!

Do difficult and jaw-dropping stunts bring in droves of donations, and thus mild-mannered Venerable Ming Yi’s annual trip to the extreme? Why doesn’t he do something simpler?

Venerable Ming Yi replied, “I will always first consider my own abilities and whether I can carry it out very willingly. On one hand it’s to help others; on the other, it’s do test my own resilience. As to whether I’ll do simpler items, it’s up to the charity show planners to decide. I can’t possibly still be doing highly demanding stunts when I’m 55 years old!” He is currently 45 years old.'

SINGAPORE: The sixth day of the trial against former Ren Ci CEO, Shi Ming Yi, threw light on the way staff loans were granted, even though the hospital did not have a formal policy on it.

The court on Thursday heard that Ming Yi had approved several loans to various staff. Among them, was Dr Ong Seh Hong who is currently the community hospital’s chief operating officer and clinical director of Ren Ci Hospital and Medicare Centre.

Dr Ong is also a Member of Parliament for Marine Parade GRC. When contacted by Channel NewsAsia, the MP said he is unable to comment as the trial is still ongoing.

Testifying in court, Ren Ci’s former human resource manager, Joyce Teng Lee Foong, said the staff loan was made to Dr Ong when he first joined the hospital in 2000.

The S$60,000 loan is understood to be the largest sum approved by Ming Yi. It is not known whether the loan has been repaid.

Testifying in court, Ren Ci’s former human resource manager, Joyce Teng Lee Foong, said the staff loan was made to Dr Ong when he first joined the hospital in 2000.

The S$60,000 loan is understood to be the largest sum approved by Ming Yi. It is not known whether the loan has been repaid.

The court also learnt that Ming Yi’s former aide, Raymond Yeung, was offered an employment contract in 2001, despite his unsuccessful application for an employment pass.

Ming Yi subsequently granted Yeung a S$50,000 loan, even though the latter remained without an employment pass until 2004. This was recorded on Ren Ci’s books as a loan made to Mandala Buddhist Cultural Centre.

At issue now is whether Yeung, who is an Australian citizen and only became a Singapore Permanent Resident in 2006, had received the loan as a legitimate Ren Ci employee. 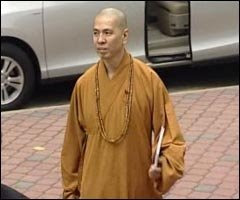 MARCH 30 – The New Creation Church in Singapore, which made headlines for raising $19 staff million on one Sunday last month for its upcoming multi-million dollar building, pays good money to its staff, too.

The independent church paid one employee between $500,001 and $550,000 in its last financial year, checks by The Straits Times showed.

The church did not confirm if the amount went to its leader, Senior Pastor Joseph Prince, but told The Straits Times that its policy is to “recognise and reward key contributors to the church and Senior Pastor Prince is the main pillar of our church’s growth and revenue”.

Its honorary secretary, Deacon Matthew Kang, added: “Senior Pastor Prince is the key man responsible for bringing in about 95 per cent of our church’s income. I must concede that he has enriched the church and not the other way round.

“Above all, through Senior Pastor Prince’s ministry, many people have experienced the grace and love of our Lord Jesus for themselves and seen how their lives have been transformed and marriages restored.”

The salary disclosure was contained in the church’s last financial year’s annual report submitted to the Commissioner of Charities. It stated the compensation given to its top three key management.

The church had an income of $55.4 million in its last financial year. Over 95 per cent came from tithes and offerings.'

'I am afraid both writers, despite their good intentions, may have forgotten that, in Singapore, the culture that has evolved is that respect and/or prestige are in direct proportion to earnings and wealth.

In the mid-1990s, it became official policy that pay in the public sector should be comparable to that in the private sector to attract talent.

But the numerous cited examples of individuals who have in fact opted for social service work go a long way towards showing that there are indeed Singaporeans who are prepared to make meaningful sacrifices in their income.

The opinion that "it may be hard for them to continue to work in the charity sector despite their passion and enthusiasm if they are not paid well enough" merely reflects a more "money-minded" attitude.

'The $500,000 paid to the New Creation Church chief has been defended on the grounds that "he is the key man responsible for bringing in about 95 per cent of the church's income".

This calls to mind the furore in the 1980s when it was brought to public notice that professional fund-raisers were being rewarded with up to 30 per cent for their efforts in collecting money for public charities.

The more pragmatic attitude of "quid pro quo" or more simply "what's in it for me?" had already then replaced any ideals of altruism.

More than 25 years on, it does not look as if much has changed.

- Age is a very high price to pay for maturity.

- Going to church doesn't make you a Christian any more than going to a garage makes you a mechanic.

- Artificial intelligence is no match for natural stupidity.

- A conscience is what hurts when all your other parts feel so good.

- Not one shred of evidence supports the notion that life is serious.

- If you're too open minded, your brains will fall out.

- It is easier to get forgiveness than permission.

Something light from Past Era,

One day the president was out jogging and accidentally fell from a ridge into a very cold river. Three boys, playing along the river, saw the accident. Without a second thought, they jumped in the water and dragged the wet president out of the river.

After cleaning up he said, "Boys, you saved the President of the United States today. You deserve a reward. You name it, I'll give it to you."

The first boy said, "Please, I'd like a ticket to Disneyland!"

"I'll personally hand it to you," said Mr. President.

"I'd like a pair of Nike Air Turbos," the second boy said.

"I'll buy them myself and give them to you," said the grateful president.

"And I'd like a wheelchair with a stereo in it," said the third boy.

"I'll personally ... wait a second, son, you're not handicapped!"

"No -- but I will be when my dad finds out I saved you from drowning."