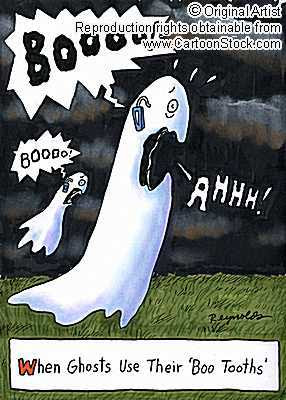 For tonite, ha-ha, I was thinking with the so many queens around in blogs, I should rename my blog to Copy-King. It sure would make me feel good, ha-ha, just kidding, no offence to anyone. To carried on with the copying,hee-hee about paranormal encounters, let's peruse Master Raymond Lo's book of 'Four pillars of destiny' where a chapter in the last part of the books were devoted to this. Bear with me, as I don't have the book and am using my hard disk in the brain to recall, if there are any missing puzzles, you would probably have to do your own researches.

Anyway, in that chapter, Master Lo gave an description of a case where one of his kakis or friends, a fengshui master had did an audit and fell sick with abdominal pains which doctors are unable to pinpoint the cause. Apparently, the property had an unfortunate incident, a year ago, where a young child was crushed to death by the electric gate. Surprisngly, the cure was found in the 'Tong-shu' in a section where cures were recommended for strange illness.
Here it goes: ' For illness contracted on a metal over water day, it is normally in encounters with young spirits... in the Southwest and victims will have abdominal pains accompanied by dizziness.......The cure is to give food offerings, joss papers ... to appease.....' Can't really remember all of it.

Another incident was then brought up about the same fengshui master who was given an audit for another property. It appears that while trying to enter the property, the key could'nt unlock the main door until Noon where it thens open. As noon represent the Ultimate Yang Energy hour (Wu), the ying have to give way. However, still an inauspicous omen. After the audit, he again fall sick but unfortunately, this time there was no cure recommended in the Tong-shu. Eventually, a temple medium was brought in to cure this sickness. The medium had remarked that there were 6 ghosts possessing the master and as usual, spiritual cures were then implemented. According to Master Lo, he believed that that his fengshui master friend was undergoing a bad luck-cycle and coincidentally, in his bazi there were six destructive elements against the weak self-element symbolising the six ghosts based on his analysis, quite interesting.

Now all in, apparently, ghostly encounters can be read from Bazi chart, it should motivate you to work hard in four pillars analysis.

Myself, I have no objections to his viewpoint as I have used Purple Star Astrology which can indicate spiritual presence in a property from the owner's birth chart.
I had done a Zi-wei analysis (play safe, ha-ha!) for a friend recommended by a friend for fengshui audit as I'm not a commercial practitioner. I had then remarked to him before undertaking the fengshui audit that there were spiritual inteferences in his property at which he was amazed as I was not even given details of the property yet. He had encountered a force weighing onto him when he sleeps and therefore had asked for a fengshui audit. Anyway, for this, I have to thank my mentor, Mr. Vincent Koh of Singapore Fengshui Centre for this knowledge. As you all know, this is not a commercial blog, advertisements not encouraged. But credit dues, it has to be accredited.

Ah, it's late and time to rest. Good-nite and happy dreams, ha-ha.
No nightmares, don't worry, this blog is filled with positive energy not ions if you know what I means.
Posted by 李杰 at 3:01 AM