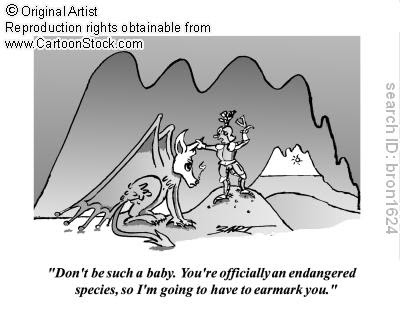 Balance in all things

God was missing for six days. Eventually, Michael, the archangel, found him, resting on the seventh day. He inquired of God. "Where have you been?" God sighed a deep sigh of satisfaction, and proudly pointed downwards through the clouds, "Look, Michael. Look what I've made."

Archangel Michael looked puzzled, and said, "What is it?"

"It's a planet," replied God, "and I've put Life on it. I'm going to call it Earth and it's going to be a great place of balance of Ying and Yan."

God explained, pointing to different parts of earth. "For example, northern Europe will be a place of great opportunity and wealth, while southern Europe is going to be poor. Over there I've placed a continent of white people, and over there is a continent of black people. Balance in all things,"

The Archangel, impressed by God's work, then pointed to a land area and said, "What's that one?"

"Ah," said God "That's Washington State, the most glorious place on earth. There are beautiful mountains, rivers and streams, lakes, forests, hills, plains, and coulees. The people from Washington State are going to be handsome, modest, intelligent, and humorous, and they are going to be found traveling the world. They will be extremely sociable, hardworking, high achieving, and they will be known throughout the world as diplomats, and carriers of peace."

Michael gasped in wonder and admiration, but then proclaimed, "What about balance of Yin and Yang, God? You said there would be balance of Ying and Yan."

God smiled, "There is another Washington...wait until you see the idiots I put there."

Ha-ha, nothing else meant. 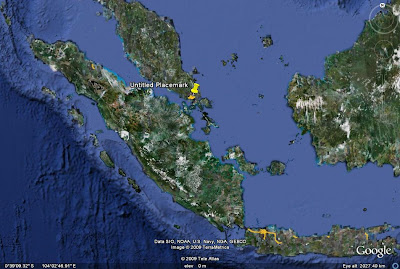 Thought I would like to share the following case study of landform of Singapore by Master Victor Li of Singapore, not Master Li Kui Ming of Hongkong. This case study try to link the low population rate and the prosperity of Singapore with Ying Zhai Fengshui which I found interesting.

The Lower Cycle of Age 7 sees the expedition of metaphysics, an undisputable fact. In line with technological advancement in both computerization and printing allows surge in the number of people discerning metaphysical study.


The author aboding abroad is always asked: 'Chinese metaphysics with its thousands of years in tradition is seldom accessible to foreigners. Does this indicate that it is only verified in China or on Chinese and ineffective once out of China, or outwards Westerners. Without any encounter for its attestment, no wonder the doubts. Therefore an expose by the author the act of feng shui practiced aboard in its accordance.

Singapore, located at the tip of the Malaysia Peninsula, has a population of 3 Million with its total surface land area only half of Hong Kong's. (During pan island requires only 55 minutes). Within the 34 years of independence this young nation has established itself as a developed country equitable to Europe, America or Japan in its international standard. It is swiftest among the "Four Asian Dragons" in terms of development.


The Malaysia Peninsula is long and shaped like a snake. Mountains & rivers bringing the Dragon NW all the way to the SE, tapering at the Straits of Johor and forming a lair in Singapore. Singapore by itself is the shape of a pearl longish in East & West and ephemeral North & South.
This thus presenting 'a pearl from snake' land forms. NW being later heaven trigram Qian, Zhen Shern direction explains Singapore take off, in accordance with Gua presentation & heaven's trend. (Note: Singapore's independence took place in year 1965)


Readers who have visited Singapore will note its lack of Mountain with its highest hills only about that of ten storeys high. Thus to determine Singapore's feng shui one needs to adopt the "Flat Land" method. The classic states: 'River is to be regarded as the Dragon on the flat land.'


Singapore of planar surface is surrounded by water with South China Sea on the east and the Straits of Malacca on the west. From a macrodynamic point of view, the Malaysia Peninsula represents the shield mountain (Black Tortoise), the Left Azure Dragon East Malaysia an enter embankment, on the Right White Tiger Indonesia conveying the sovereign. The Phoenix frontage is vast, accommodating magnanimous liners thus being the world's unraveled port. Due to its distinct location however, both the Dragon & Tiger seen overbearing & thus the need in early nation the establishment of supreme relations with its neighbors.


Indonesia as Singapore's White Tiger (right side) is in retrospect closer in position to Singapore. From the point of view of Chi Orientation. This is the Zhen Shen direction for the 7th Age (1984-2003). Mountains must be present for auspicious take off. It is thus that only in 1992 sees the consanguine pertaining the two countries' relations, the work of the nation together with Heaven's bestowing.


In the absence of ill formed mountain, mess and typhoons. Singaporeans are easy natured, keeping crime rate at a minimum.


"Mountains dictate population whilst Water denote wealth" a golden rule in feng shui which holds from & true. With mountains representing the mother of earth. The non-existent of mountain in Singapore accounts for low population growth. The increment is only of about 36%. From the population of 2.2 Million to its current 3 Million (note: all the above data are based on the year of 1996), This is much lower than that of its neighboring tropical countries.


The slackening in Yin residence's influence through the generations. As observed by the author through his numerous case studies, the affected are third generation immigrants and not the first nor second. Yin residence's domination is accountable for this phenomenon.


The majority of Singaporeans are Chinese, Malays and Indians. The first generations of immigrants are all descendants whose ancestral lands have multitudinous mountains. For them, due to the efficacy of residence from their ancestral ground, children are bountiful. When the first generation of settlers passed away and are buried in Singapore, two different types of Yin residence feng shui thus affect the second generations. That of the grandparents' (ancestral land) and that of the parents' (Singapore). The effect of Yin residence is stronger than that of the closer relations. This means the potency from parentals' Yin feng shui is 70% while the grandparents' is accountable for only 30%. From this inference the third generation of couples are influenced 100% by Singapore's Yin residence feng shui- the lack of mountain in Singapore thereby afflicting birth rate.


Feng shui remedies in aid of childbirth can then be implemented in Yang Houses method.

While water dictate wealth, it also connotes motion. Singapore being an island promotes all trades that are mobile or water related. The Changi Airport was awarded as the world's best by international travel magazines for 7 consecutive years, with the Singapore airline the best & most lucrative for the past 5 years. Petroleum engineering, is the best in Asia, surpassed only by that in Houston in America and Lutheran in Holland, establishing itself as the world's third largest. This for such a small nation is an achievement inconceivable without the aid of its natural feng shui phenomenon.


Its came to the author's knowledge that Singapore Airline made an unprecedented purchase of seventy-seven aircrafts of American Boeing 777 in a one time purchase totaling U.S.$1.27 Billion. This is equivalent to more than 90% of the set up of the Hong Kong International Airport. Is anybody's guess to the reason behind this strategy?


77 crafts in metaphysical language connotes the 'Double 7' stars which when in reign confess both populace wealth. Boeing 777 addresses the arrival of a guest star to make the flying star association of 'Triple 7' to illuminate a complementary star of the Age 7 to reinforce the reigning star. This effectuates the integration of heaven's luck, geographical advantage and man.


U.S.$1270 Million belies the esoteric that it concurs with the Former Heaven numerological enhancement. '1000' being a complete cycle while '27' in mutual enhancement. 2 & 7 being fire in the South befits the sitting of Singapore on the equator, at the southern end of the Northern Hemisphere. This exquisite combination of phenomenon & number if coincidental and not a conscious metaphysical effort must be the fortuity of Singapore.

Note: This article was published in 1996, in case you are wondering about statistic.