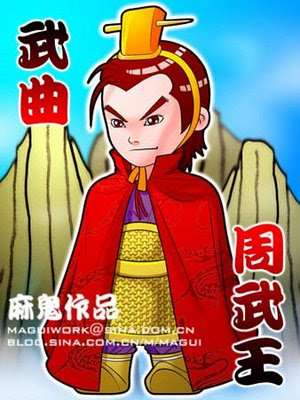 Wuqu or the Military Minister is one of the three wealth stars, and also one of the three fighters. This is because it is of Yin Metal property, and weaponry and ancient coins were both made of metal.

Although it does represent wealth, as a fighter, Wuqu is quick and vigorous, and it is action oriented. The other two wealth stars are Tianfu the Finance Minister and Taiyin the Moon. Tianfu is conservative while Taiyin is quiet and it focuses more on planning, therefore, among the three wealth stars, Wuqu is more likened to be a businessperson - one who takes action and acts fast for acquiring wealth. Therefore, we can understand that it is best to be placed in Wealth Domain, and it is the star that benefits best from the presence of Lucun the Treasurer or Hualu the Flow Enhancer. With the presence of Tiankui the Status Star and Tianyue the Reputation Star, while provided that there are no Adverse Stars present, Wuqu in Self Domain indicates the capacity to be a powerful figure in the finance world. Without the presence of Lucun the Treasurer, Hualu the Flow Enhancer, and other Auspicious Stars, quick thinking and quick actions do not assure successes for Wuqu the Military Minister.

On the other hand, quick and vigorous nature could easily be the cause of disastrous failures when Wuqu finds Adverse Stars present in its Matrix. Therefore, it is the Major Star that gets greater negative impact from Huaji the Negative Enhancer and Adverse Stars more than other Major Stars does.

As a wealth star, it is good to be placed in the Career Domain and the Estates Domain too. In Career Domain, an auspicious Wuqu represents business acumen and assures success in business, or the financial sector.

The inappropriate domains to place Wuqu are the Travel Domain and the interpersonal relationship domains. The English name I have given serves to remind that it is more apt for the Military Minister to stay in the imperial court near where the emperor is, which means that one needs to strive harder when away from home when it is placed in the Travel Domain. The tough character and quick nature of Wuqu is another reason, for it suggests that tact is lacking when interacting with others.

And, its tough character is the main reason Wuqu the Military Minister is an inauspicious star in interpersonal relationship domains. Its worst placement is in the Love Domain. Here, it definitely needs the presence of Auspicious Stars to reduce or alter the negative effect in order to have a fine relationship and an ordinary marriage

The next episode, I would explain about the 4 major influence or catalysts in detail, argh, it's time for me to work after idling for a period, ha-ha. 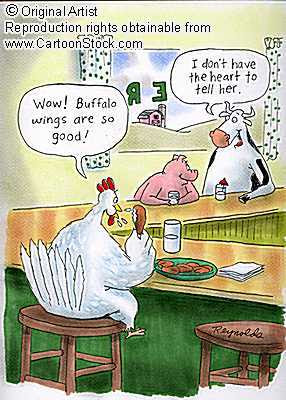 Several years before the Gulf War, a female journalist who is a Women's rights activist did a story on gender roles in Kuwait. She noted that there, it was customary for women to walk 10 feet behind their husbands.

After the war, she returned to Kuwait and was pleased to observe that now the men walked 10 feet behind their wives. She approached a woman at the airport and asked, "What enabled Kuwaiti women to achieve this role reversal feat?"

'May the Lord bless you as you sleep and awake with joy to his daily miracles.'

Feeling blues, never mind. a song for you from,