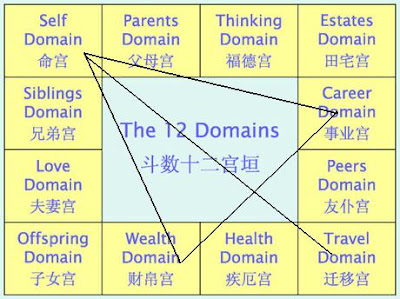 Man has always been in awe of the future and therefore of course wouldn’t mind possessing this knowledge to know the future. In the past, knowledge of metaphysics has always been kept within certain circles of power regardless of whatever society it is in. However for life and destiny analysis, there is no doubt that most of it is based and derived on observations of the stars in astrology though in ancient times, it is associated with hoola-bula stuff.

The interesting thing about Zi Wei astrology is that it is believed to be created by a Taoist priest by the name of Chen Xiyi. And it is based on the astrological stars in the twenty-eight constellations. I personally feel that it is not necessarily being spiritually associated, it should prejudices our view of this metaphysic studies.

Zi Wei Do Shu’s Northern group of stars is based on the Polaris star or North Star and its relationship with the Big Dipper. Literally, you can call it Emperor Star. The Southern group is based on the nearest star to the South Pole, Sigma Octantis. Now you will ask what has it got to do with my destiny? Some writers tried to explain this way, part of an interpretations by Mr. Hua-Ching Ni, renowned Taoist. ‘when the sun, moon and stars shine, their spiritual particles reach the earth. The overflow, insufficiency or balance of this energy shower, influence a child’s future life expression. At Birth, this new life receives its influence and become a symbol of the product of that energy at that time.’ Well, it is accepted that the sun and stars emitted energies (except for the moon which reflected back the energy from the sun.) accordingly to Einstein’s famous equation E=mc2 where E=energy, m=mass and c=speed of light. Like laser, it can now be used for medical fields, war, etc…. Well, everybody by now should know light travels faster than sound, so maybe it explains why some people appears bright until they open their mouth, ha-ha, just kidding.

Basically, there are altogether 119 stars to plot and look at in a birth-chart which is one of the reasons that this analysis for destiny is not so popular. However, most of the Chinese names given to the stars are symbolic and more of a description of the characteristic of the energy associated with it. 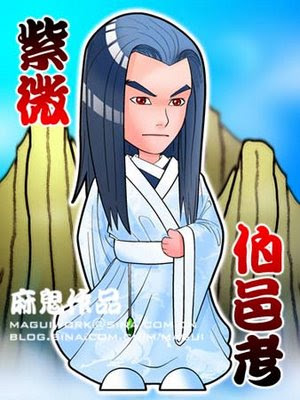 Altogether, there are mainly fourteen major energies or stars that we can start with. The first group, the Northern Groups with six major stars. Lets’ begin with Zi Wei, the Emperor on which the birth-chart would be plotted based on which of the twelve earthly branch that it falls into. The other stars would be Tian Ji , the strategist, Tai-yang, the sun, Wu Qu, the artistic general, Tian Tong, the waif and Lian Zhen, the politician which is also a peach blossom star second to Tang Lang which is in the Southern Group.Ha-ha, no wonder politicians has always been associated with sex scandals.

Now, don’t be disappointed if the Emperor star doesn’t fall into your life palace in the birth-chart though I’ m sure that everybody wants to be an Emperor too. However, it could be good or bad depending on its interaction with the other stars in the other palaces at what we can call the matrix at a certain particular point of time for forecasting. Sometimes, having the Emperor elsewhere at the right place could means that you are the Emperor's favourite and enjoy favors.
I'm referring to the chart above if you are a bit slow. I like the movie 'The Matrix'.

Oh by the way,about the Emperor Star as what it suggested is the characteristics of an Emperor, a person with an aura of power, courage and wise like a king. However, it is not a stand alone star, it needs to be supported by good ministers and supporters ( other good stars) in the matrix to metaphorically speaking to be a good Emperor. That’s what we meant by interaction from the other two main palaces in a span of the life. If it is alone by itself and demoralized or affected by bad stars, it could mean been like a tyrant, arrogant and bad tempered persons. Its element is associated with Yin Earth (-)