Lian Zhen or The Politician 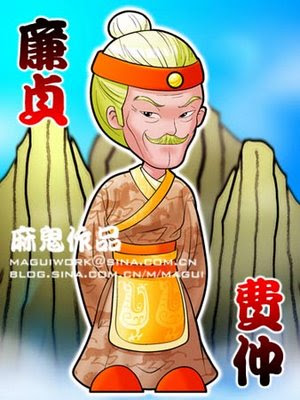 This is the last major star in the North group of stars in Purple star astrology. And the English translation is just a general one; this star could also refer to a ladies’ man, or a person who sure knows how to take advantage of another’s predicament and etc. Overall, sounds bad in ethics. Characteristic, got a cheeky look and is a good talker who can talk himself out of any situations.
Lately, one of my favorite drama which I’m watching in TV, is a Chinese classic : The Duke of Mount Deer which has a similar character protrayed.

Ha-ha, don’t worry if you have the star as you still have to look into other stars with it in the relevant palace. Normally this star comes with power play. And a combination with the right ones means an exciting life. It is a Peach Blossom stars second to Tan Lang. Sounds good for guys however, its weakness is being easily attracted to the opposite sex thus could be its downfall. If it meet with Tian Fu, Tian Xiang, Zuo Fu and You Bi, you will achieved high authority and fame. ’ More Women, No Cry.’ Remember our dear friend whose wife is lately in the limelight in Politics. Don’t tell me his chart doesn’t look like that, he probably doesn’t know his birth-time, ok…

However this star with the Qi-Sha star has a dangerous pattern if it meet up with Hua Ji since the Zi Wei text states : ‘ Qi Sha Lian Zhen means buried on the roads ‘ in addition to meeting Qing Yang , the Sword or Tuo Lo the Humpback would means meeting blood mishaps or dying in a foreign land. This star is always associated with Blood. Its element is Yin Fire By the way, Yang Ren or Qing Yang is the same name for the Sword star.Sound gloomy? Good news, as in the ying and yang, a chart pattern with these two stars combinations with the three positive influence of Lu, Quan and Ke will bring great wealth and status. So as with the bad times, there are the good ones.

Ok, with so many unfamiliar names brought up, this is a glossary of the terms:

Stars of the Southern group series.

Tian Fu – The Financier
Tian Xiang – The Seal or Endorsement
Tan Lang- Romeo or The Entertainer
Qi Sha? can't think of a suitable name yet, can be a good guy or baddie...

A song Lian Zhen would use if asked to buy the F1 Grand Prix tickets in Singapore tonight.