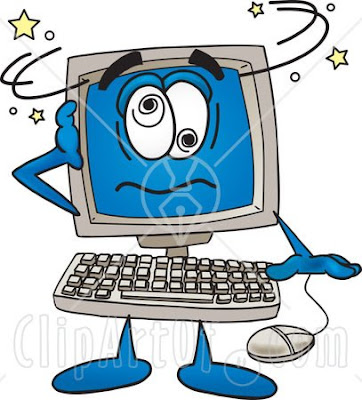 Recently one Congressman from a Bible belt congressional district was asked about his attitude toward whiskey.

The politician responded, "If you mean the demon drink that poisons the mind, pollutes the body, desecrates family life, and inflames sinners, then I'm against it."

He continued, "But if you mean the elixir of Christmas cheer, the shield against winter chill, the taxable potion that puts needed funds into public coffers to comfort little crippled children, then I'm for it. This is my position, and I will not compromise.”

With the confusion lately about flying stars theory, let's talk about it today.

It have been said that there are misssing parts to the Xuan Kong Fexing or Flying stars theory. It is also known that famous flying star school master T'an Yang Wu gave up on flying stars and came out with Xuan Kong Liu Fa to improvise what he felt was lacking in the flying star theory. However, it is also said that he then went into estoteric fengshui. It is also said that he had learn the incomplete flying star theory from a relative of Master Shen and after knowing it, denouce it. Personally, I feel that it is because he had frustration in figuring out the missing parts, who would'nt? Apparently, it has been said that the true knowledge of flying star is only passed down through lineage and not only that, it is to the first born male child only by Master Shen. I have no objections to it, as it would create chaos with everybody trying to be millionaire and changing their destiny, ha-ha, would you agreed?

Anyway, don't despair. With what is available now, it still suffice to make positive changes to your life by understanding the two so called bad stars 2 and 5. Surprisingly, in San He Fengshui, these two stars are used in the Five Ghost Carry Wealth Water Theory that is by using a formula or what they called Mountain Dragon Fan Gua to get the Lian Zhen Star 5 at the Door and Water Dragon Fan Gua to get the water placement for Jumen Star 2.

And surprisingly, some masters like Raymond Lo, Joseph Yu, etc have use it
effectively without any complaints. Of course, other techniques could have been incoporated into their audit as I myself have done so. However for the layman seeking to improve their destiny, the fudamentals is enough to help unless you want to be a fengshui expert.

Just remember that when you have work out the flying star chart, check whether the landform is supporting or not supporting it. Then if you are lucky, check the history of the occupants if they are staying there for a period of time. If it does'nt tally with the chart, then you are wrong and you would have to find a chart that does. And I assure you that you will find one that does. No choice as there are missing parts in the flying stars theory. However, with enough case studies, you would soon find the missing parts. A knowledge of Bazi is necessary as you can then fine tune it with the house fengshui to find out if you have the wrong chart. Using the Buddy Buddy system would help a lot as another fellow student around could probably pinpoint something negative that you have missed out. Forget about the different types of Mountain and Water Dragons at this stage for landforms. Just remember that good mountain star need to have mountain landform support and good water star must have good water landform support. So that the water dragon do no climb up to the mountain and neither do the mountain dragon drowned in the water, ha-ha...

The next important thing after all. is to cure the annual star 5 and annual star 2 which you don't need the facing to find out which sectors they are in for that year. After that, you then try to fine tune it with what is happenning to get the right chart to activate the wealth stars or good water stars or to find the good sector for bedrooms if health is the priorty, ha-ha, Health First then Wealth.

What a nice lazy afternoon, a song for you to take a afternoon nap, ha-ha...