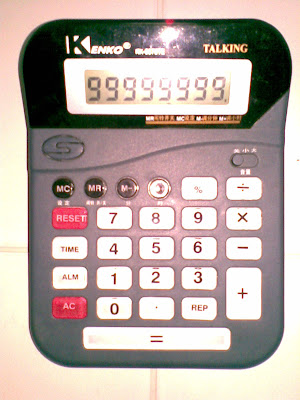 At the moment for the economy, It sure looks like a Zoo,

Sorry folks, MIA, kind of busy lately, got back into my habit of practicing 铁叛神数, which I have stop for about a year or so as I find it too tedious, probably one of the reasons why those master charged so much for a reading and also giving myself some holidays.. Took up a lot of my time, as an analysis involved working out at least eighty flowery proses onwards to conclude an analysis (about 2 weeks time required at least). Luckily,got some enlightenment on all the 'Old Mcdonald's has a farm... Eyah Eyah O'. No offence to any master, my apologies if there is.

Talking about it, another story, Two football players were taking an important final exam. If they failed, they would be on academic probation and not allowed to play in the big game the following week. The exam was fill-in-the-blank.

Bubba was stumped. He had no idea what to answer. But he knew he needed to get this one right to be sure he passed.

"Bubba, you're so stupid. Everyone knows Old MacDonald had a FARM."

"Oh yeah," said Bubba. "I remember now." He picked up his No. 2 pencil and started to write the answer in the blank. He stopped. Tapping Tiny's shoulder again, he whispered, "Tiny, how do you spell farm?"

Thought it would also be a good idea to improve my mathematics, I sure hate maths in my school days. Now that I have realized that it is important that you need to know, at least, how much money you have been left with to survive, ha-ha…… nothing to do with my EPL betting on Saturday. Also trying to do some attitude changes, sometimes there are things we don’t like in Life but we sure still have to go along with it and surprise, Life gets better!

Also trying to figure out from books by other practioners on what I have been taught is correct or wrong. Never take things for granted, right? Ha –ha, no offence to the one who taught me, in his good-will.

Don’t worry if you don’t know this art of destiny analysis, Ba-Zi or Zi-Wei astrology would suffice if you are able to reach a certain level. It’s the same with Liu Fa Fengshui, Flying Stars or Eight Mansion. As long as it works, it’s ok unless it doesn’t work. Then you have to figure out what went wrong. End of the day, it would still depend on our affinity with the masters and your own EQ. For Iron Abacus Divinations, it has the interesting point that there is a question mark on its origins as most master can’t agree from whom it originates from.

Sound fishy to some master which use it as a point of debate. Sun Tzi Art of War which suprisngly also has a similar background but still make sense of its tactics for situational use.. However, I found it interesting as a few years back, there was a local Mediacorp program or TV drama aired that shows a master at work, can’t remember the title. That’s where I got intrigued with the protrayed master doing it in all the woo and wah style, not that I believed it. I then just want to quench my curiosity as another HKTVB ( HongKong TV Drama) has a theme on it , I think the title is something like Encounters with Mr.Vampire, it was called the Tian-Shu.(Heaven’s Secret). Ha-ha, hope it will not affect my karma if I will to use it. Just joking, as my philosophy that if it is to help a really Needy Person, I will gain merits instead.

Well, that’s all for tonite. We will peruse it further the next time. Appreciated if you practitioners are on board.

Change in Finances at the Moment


A woman proudly told her friend, “I’m responsible for making my husband a millionaire.”

“Well what was he before he married you?” the friend asked.