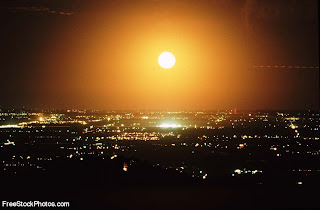 Ah Tong had then bought a fish shape clock that can chime hourly to put next to his main door and also to put a big gold fish bowl just filled with water only at the balcony as instructed by Old Master Jiang. He was then told to go to the teahouse one month later to meet Old Master Jiang before Xiao Wu sent the latter back that day.

Two weeks later, Ah Tong had then called Xiao Wu to meet again at the cafe by the park. Apparently, Ah Tong wanted to discuss with Xiao Wu about meeting the old master again later in the month.

Ah Tong: 'I called you here today is because I don't know whether I should ask if the old master can find a way for me to remarry my wife again.'

Xiao Wu burst out laughing immediately but quickly stopped: 'Sorry about the laughter, I really can't help it as I wonder if there is anybody in Hongkong now or before who had met a situation like this. I had guess this could be the reason why you had called me to meet you first. Anyway, how is your ex wife now?'

Ah Tong: 'I have been monitoring her closely for the last two weeks and it shows that she had completely recovered. Apparently she also do not know why she wanted to have a divorce as I saw her once looking at her divorce papers with a puzzled look. Another reason is that sometimes the children would wake up in the night and cry non-stop when she is not around to coaxed them back to sleep. You know how to read bazi, maybe you can tell me whether there is a possibility of us getting back together again.'

Xiao Wu: 'I would be frank with you, this are all reflected in your bazi chart. If it is a one year problem in the your bazi chart, there is still a possibility of a reconciliation. However, you are a weak fire daymaster which means the next two years are still unfavorable as it is Geng Shen Monkey, strong metal which represent your wife and wealth.  The year after would be Xin You and the You Rooster have an affinity with the Chou again in your spouse palace. It is actually very bad considering that it is three years in a row starting already from this year Ji Wei influencing your spouse palace. All in, it is bad whether you understand what I am talking about or not. Haiz....'

Ah Tong sighed too and said: 'Nevertheless I am glad that Miss Han is back to normal which is my main concern. She don't looks like she is habouring any ill-feelings towards me as my office staff must have told her what happened when she went back to help in my office. Another interesting thing is also that the client who wanted to sue me for a botched property deal had dropped the lawsuit and in return, had asked me to help him to negotiate with the owner of a land that I am on good terms with as he is interested in acquiring it. Sometimes I wonder if this is all coincidence or not as this was the same guy who was driving me crazy during that period which had influenced me also into agreeing to the divorce during that quarrel.'

Xiao Wu: 'Not to worry, as the old master had asked you to meet him again. I have a feeling he must have some advice for you as the timing was probably not right for that time at your place to let you know more. I am also intrigued as there was nothing much he did apart from asking you to buy those few common items. Anyway, I am going to tell you something important but do not put your hopes too high. My uncle had told me before that Master Old Jiang knows a lost legendary Feng Shui skill called 'Steal the Sky and Change the Day' meaning he can change your destiny if he wants. This is why my uncle had not wanted to teach me Tie Ban Shen Shu but instead instructed me to learn tea appreciation so as to try to get Old Master Jiang to take me as his disciple. It is also why I am not working now but spending my time here instead at Tai O Fishing Village. Do not let him know that I tell you this as he might not help you then, remember...'

Seeing the sudden sparkle in Ah Tong's eyes, Xiao Wu immediately try to take away the excitement that the former must be feeling. He was also worried as he thinks that it is quite impossible to change destiny from his experiences gained so far from reading bazi charts. He don't want to give Ah Tong any false hopes as this is still hearsay for he have not really seen the old master at work yet.

'Tell you what, lets go for a massage later to relax and take away your anxiety of waiting to meet the  old master as thinking about it can't help much.'

Ah Tong: 'All-right , I also do not want to go back early yet and faces Miss Han for I feel guilty whenever I see her. I am also thinking of the children for the future as it feels odd living as a divorce couple in the same house together. I really still love her a lot and I don't think anybody can replace her in my heart.'