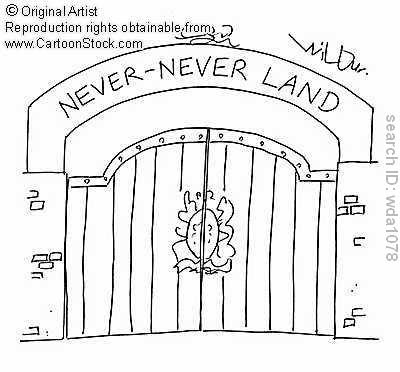 
It All Comes Back Around

The topic was about his wife needing to have a caesarean section for child-birth. He knows I don't encouraged date picking unless there is a strong cause for it.Apparently, there was some complication for normal delivery and the doctor decided that a C-section is necessary a week ago. When he told me about it, I had ask him to leave it to the doctor to pick the few days suitable. This friend of mine is new to metaphysics and he have not heard of LT or JY. Neither was he aware of the complication involved in Bazi for date picking.

Now this friend of mine, DIY Tong Shu (Chinese Almanac for auspicious date) fan, had then pick a day 26th June and the doctor had proposed the time at 6.30 AM. The day was a weak Ren Water and Yin Wood which was still all right for the wife, a weak Ding Fire day master. My friend is a Strong Wood Daymaster. He had asked for my opinion on the date and time chosen. Looking at the bazi which is a weak Ren Water Daymaster and the hour was Gui Water giving support, I felt it should be okay. I then check the ten year luck pillar going from autumn to winter for a weak Ren daymaster born in Summer, it looks good. However, for the hour, Gui Water Mao Wood , have the Life palace Hua Ji for Jumen Star for Zi Wei Astrology for the baby. Of course, this is not good and I have no idea to explain to this friend who does'nt know much about Bazi and Zi Wei Astrology. And I also do not want to panic him or have him postphone the event by giving him the idea that a super date can be arranged.

I then casually remark to him that based on my knowledge, you know I'm no God, the time after 7.00 AM would be even better without elaborating on the Hua Ji in the Ming Gong or Life Palace for the baby girl as I felt it's better to leave it to Destiny to decide. As it was a half hour difference, my friend had then decided to arrange the C-section after 7.00 AM. He is a fan of fengshui now after seeing what my audit for his house had changed his life for the better. He is at the last year of his unfavorable ten year luck pillar. We then carried on our happy hour drinking.

The next day, I was awakened from my deep slumber after having a night of hard drinking by his call at 8.30 AM. He sounds frustrated, apparently the original operation at 6.30 AM was put forward to 8.30 AM by the hospital and not him as the doctor felt that the wife condition is not ready yet for the operation.and it looks like even that time slot had to be rearranged due to some complications in the hospital schedule which had gone haywire. My friend was concerned that it might not be auspicious for the baby and had called me.

I told him to leave it to Fate for the time for the baby to be born and assure him that if the time slot fall between 9.00 AM and 11.00 AM, is still even better as he sounds like changing it to another day which I told him to do so if the doctors want to rearrange another day for the C-section. I then got back to sleep gratefully with no further interferences, ha-ha. One privilege of being a freelancer.

Anyway, the baby was delivered safely at 10.30 AM Yi Wood and Si Fire hour. As the wife is a weak fire master, it could be one of the reason coinciding with this time as the earlier Chen Earth Hour would still be too strong and exhausting for her and Destiny had decided to intercede to help in the delivery. Anyway, I just had some drinks with this friend of mine to celebrate the birth of his baby girl and just got back to my laptop now to finish writing on this interesting event which some destiny analyst had argued that even if with super date chosen for child birth, sometimes it might still get changed at the last minute due to circumstances beyond our control.

However, interestingly, for this friend of mine, the hour pillar of Yi Wood at the heavenly stem for the baby girl result in the Parent Domain ( My friend and His wife ming gong) meet the two wonders of Hua Ke and Hua Lu in Zi Wei Astrology, very auspicious for the parents. The second span for the life palace of the baby also meets the two wonders of Hua Lu and Hua Quan in the matrix for her studies at that stage. Her original life palace already have Wen Chang and Wen Qu academic stars in the matrix. To conclude, I don't think I can even pick a better time than Destiny, ha-ha,