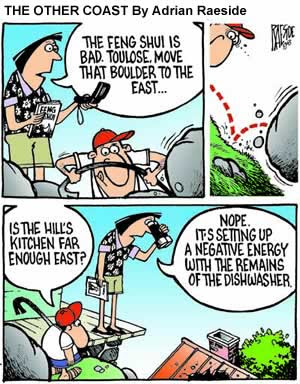 What is Zi Wei Duo Shu? When I started five years ago, it was the hype trend among celebrities in Taiwan and Singapore to seek analysis on their destinies, as accordingly from what I heard from some people in my circle of friends, related to the media-corp in Singapore. They were so in awe of it, you know the ‘oohs and aahs’, It has the ability to forecast any disasters that would happen to a person. It’s like having the power over Life and Death. I was surprised that then like Qi Men Dun Jia, it then lost its appeal from fengshui students.. Maybe its because some top masters stop teaching about it further except for the basics and therefore it then loses its appeals. Till I then met a Taiwanese fengshui master who convinced me about its value as I was then too engrossed in Ba-Zi or the Four pillars of Destiny. I then begin to seriously start collecting knowledge on whatever I can find in books and on the internet. For Qi Men Dun Jia, I feel a lot of masters have incorporated too much technical aspects into it to make it unuseable or they also feel that it is also forbidden knowledge and therefore maybe, they safeguard it that way but did put in some hints in their lectures and notes for those with the affinities to master it.

Later on, five years later, I feel that those Zi-Wei masters maybe has the same personal feelings that I have now, is that it is like the forbidden fruit in biblical history of Adam and Eve and their encounter with the Serpent which is supposed to represent the Temptation.. Surprisingly, the Chinese Pa-kua also depict the Serpent as an unfriendly energy. Though I am not a Christian now but I was a Christian, In fact, I had several intimate relationship (not the other type, ha-ha, mind you) with other religions in my quest for spiritual knowledge without betraying my conscience. I then feel that if this knowledge is to fall into the wrong hands which would then be abused like helping drug-traffickers or murderers,etc, to change their destiny, how then it would affect our Karma and Society? Till this stage, I am also not sure whether to share my findings or not. Are we Mankind mature enough to handle it? However, until I’m sure like the other masters, I would just go thru the basics and in between put in some hints in my postings for those with the affinity to develop this knowledge further. So, don’t be disappointed, if you think the postings here would make you have control of your destiny which some books or courses instilled but anyway I’m sure it would improve your life.. And also, I’m offering it without any commercial intent. So you got nothing to lose getting to know all these old friends who have been around for thousands of years or you can treat it as a bed-time read to let you fall asleep.after a hard day’s work. However, for serious practitioner, to go further, as I would says again, you need to have some basic knowledge of Yi-Jing.

I would then proceed with the descriptions of the major stars concerned thereafter in my next posting.