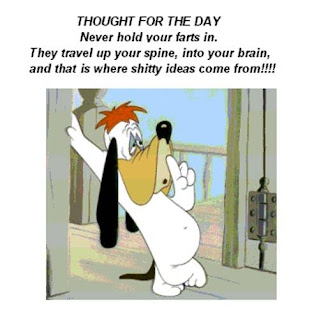 TAIPEI, Taiwan -- Taiwan's heavy-weight musician Liu Jia-chang (劉家昌) announced hosting a farewell concert at Taipei Arena on Apr. 3, which is going to be the stars last concert ever held on the island.

Songwriter and singer Liu, 68, has been devoted to music for more than 5 decades since coming back to Taiwan in 1960 from Korea where he grew up. Liu quickly earned huge success island-wide after his debut album, following numerous chart-topping songs such as “梅蘭梅蘭我愛你” (Meilan Meilan I Love You) as well as other song tracks for movies that were written by local romance scriptwriter/novelist Qiong Yao (瓊瑤).'

A respected feng shui master that have shared a lot of the so called secrets used to ask for this song by the above songwriter 劉家昌 - 小丑 when I bring him to Karaoke to dig out secrets from him, me BAD. He told me this song sounds similar to being a feng shui master, to bring joy by playing a clown. Sometimes being human, he has his down swing moods which he can't show to his clients as he try to solve their problems using metaphysics and have to gives off positive and joyful vibes. This master was really different, he really don't care about fame or wealth. Luckily he have a weakness which is wine not women and LONELINESS as being a master, he has few people he can share his thoughts. Luckily, I am one of his few friends and tonight, I had serious thought of travelling again regardless of my health to share his insights of life after being bored and coming across a metaphysics article about a clown.

This is another type of clown in metaphysics who had instead dragged the name of Buddhism into the pursuits of materialism which I am aghast. I hope that he had written it wrongly as he is apparently not English educated from the way he wrote, not being able to portray his thoughts well enough. I am not different as I am English educated but do have many typo errors which I hope my readers will forgive.


Since there are several emails enquiries about the article, part of it:

'the Monk, expressed his wish to change his luck and his underprevilaged condition. He wanted fame, he wanted devotees, he wanted money to substain his temple. Then, he started to sit in my feng shui class since year 2006. Within 9 months, he had started to see drastic change to his temple and increase of devotees quantity.Today, he is still come for regular feng shui study and Daoism.It is sufficient and enough for a religious monk to have a personal bungalow and a luxury car.'

Yes, I am not kidding, this is what was written.

Part of the lyrics:

In the midst of your applause, teardrops wanting to burst forth in my smile
In bringing the laughter in the act to awaken the joy to your eyes,
Leaving my loneliness to myself, through hardships and teardrops, only then I stand here in front of you.

The pains of failure and the encouragements of successes,
No one knows is the spent dusks of tireless experiences from my journey.
Till-then, cheers.