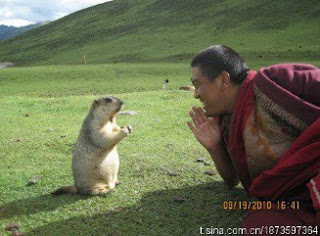 
My apologies to my dear friends who have dropped by while I have been getting disillusioned and inactive with the World.

However, I may have found something new to get out of boredom after having a talk with my Mentor to get me out of this rut that I am stuck in.

This is a special category chart that I am thinking of putting up as a discussion for a possible coming SFSC event at food and drinks ticket pricing for any interested Bazi Enthusiasts which my Mentor Vincent Koh have suggested. His history is available at Wikipedia for those interested in analysing this very interesting chart which is also somewhat rather like the DSK chart and highly debatable about its structure with its so called Likes and Dislikes.

I have decided to discuss about this chart as further more Astrotheme, a popular Western Astrology website had also done a write up about him and also requesting for help to get his birthtime,

'If you happen to know the time of birth of Sergueï Bubka, we would appreciate it very much if you would send us your information including your source, if any. We thank you in advance for contributing to the enhancement of our astrological database. As a token of our gratefulness, we shall be glad to send you for free the comprehensive astrological portrait (38-40 pages) of this celebrity, if you let us know that you are interested in it.' 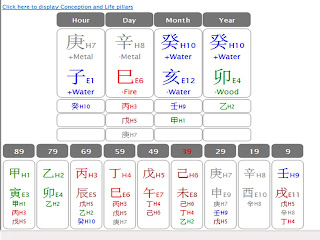 Chart courtesy of Singapore Feng Shui Centre software and the free link is at the right hand corner of my blog for friends who would like to plot bazi chart.

Disclaimer: The Hour pillar is above is for show only as I also don't have it but if you pay me enough, I might consider getting a PI to check if you are really that interested.  :   )

However for the moment you decided yourself whether it is a Follow Whatever Chart or Not Follow by doing research on his background as you are doing it for yourself to learn and not paid by Sergei, Ok?

A bit of his History:

From his biography at Bookrags.com

'When Bubka was 15, his parents divorced Luck pillar Ren Xu 1977 Ding Si . (My opinion: Si clash the Hai and Ding does not seem to be favorable. Luck Pillar Ren is also locked by Ding and Xu attempt for fire combination with the Mao in his year pillar. All these are in the Ancestor(year) and Parent(month) Pillar.)  Life was hard for the two brothers, who lived in a factory dormitory. Twice Bubka broke his foot, and doctors advised him to give up the sport. He refused and kept vaulting.

Serhiy Bubka entered international athletics in 1981 Xin You in Luck Pillar Xin You  participating in the European Junior Championships where he reached 7th place. But the 1983 Gui Hai World Championships held in Helsinki proved to be his actual entry point to the mainstream world athletics, where a relatively unknown Bubka snatched the gold, clearing 5.70 metres (18 feet 8 inches). The years that followed witnessed the unparalleled dominance of Bubka, with him setting new records and standards in pole vaulting.'

The rest you can dig out from Wikipedia.

I assure you that you will have fun in trying to figure out about this special chart structure. Have fun with it if you really got nowhere to go and nothing to do for the weekend.