A bachelor who lived at home with his mother and pet cat went on a trip to Europe. Before he left he told his best friend to inform him of any emergencies.

A few days after his departure, his cat climbed up on the roof, fell off and was killed. His friend immediately wired him with the message: "Your cat died!"

In a few hours he was back home, having cut short his trip in grief and anger at his friend, whom he told "Why didn't you break the news to me gradually? You know how close I was to my cat! You could have sent a message 'Your cat climbed up on the roof today', and the next day you could've written, 'Your cat fell off the roof' and let me know slowly that he had died."

After a quick memorial service, the bachelor left again to continue his trip. A few days later he returned to his hotel and there was a message waiting for him from his friend. It read, "Your mother climbed up on the roof today." 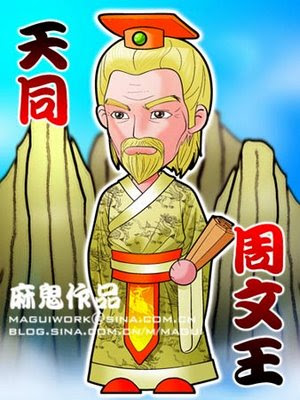 Finally our dear friend, Master Tony Tan of Harmony Academy of Metaphysics is back with his posting of the Zi-Wei Astrology in a forum.

Tiantong is one of the two Major Stars that are well liked by the traditional Chinese society because it is peaceful and non-antagonising. It is of Yang Water and it represents blessings, or blessedness. The other Major Star that gets all the praises is Tianfu the Finance Minister. In a feudal society, an element in the society must be conforming and not rebellious. Tiantong the Contentment Star is not so much about being a conformist, but it definitely is easy going.

For the 14 Major Stars other than Taiyang the Sun and Taiyin the Moon, which need no explanation in their names, I have preferred to personify the rest when giving them English names. However, out of the twelve stars, there are four that are not easy to do it. If I were to stick with naming Tiantong as an officer, it can be likened to one who takes charge of dining and entertainment for the Emperor. Obviously, there is no common name in English for such an appointment, but from the description, it will help one to remember that Tiantong is about going for fine taste and pleasure in life, and not about fighting for achievements in life, or to conquer life. And, by adding the English word contentment, one would have a good grasp of its basic traits.

Basically, Tiantong the Contentment Star is the least driven to go for high achievements in life, unless what the person enjoys doing much does provide room for achievement. This implies that a Tiantong person has to go into trades that he/she loves in the first place. It could be food and beverages, hospitality trades, beauty trades, the music industry, and so on, and I realise that an area in the modern world could allow many young Tiantong people to be accommodated: the computer gaming industry.

Some classic texts described a Tiantong structure that is placed with Lucun the Treasurer and Hualu the Flow Enhancer as excellent. I beg to differ, if it is not a structure that comes with Tiankui and Tianyue, the pair of Auspicious Stars that brings great opportunities. If Tiantong the Contentment Star person is blessed with double Lu (Lucun and Hualu) but not Tiankui and Tianyue, the subject can become too indulgent in emotions and hobbies, without determination or any fighting spirit. Rather, it is good to have an Adverse Star in its structure to provide it with stimulant and drive. Alternatively, a better Tiantong is one that is attached with Huaquan the Power Enhancer, and the combination makes a person more pragmatic.

A special feature of Tiantong when it is placed in the Self/Wealth/Career Triangle (Sanfang) is that there are many chances in life to strike out into some hobby business from scratch, and I call it the start-anew nature.

In interpersonal relationship domains, the blessedness of Tiantong indicates generally good bonding with the counterparts, except in Love Domain, where its start-anew nature may also rule, suggesting bad omen for marriage. Thus, Tiantong the Contentment Star in Love Domain does not give a straightforward analysis.

Looks like the economy is temporary back to Zero. Murphy's Law : 'What goes down must go up.' HA-HA.....