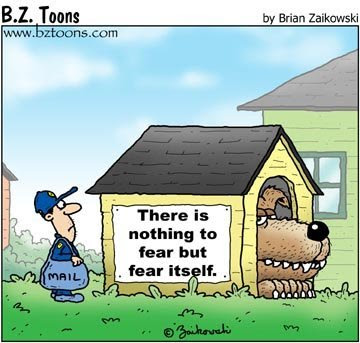 Can’t think of what to write today. Ha-ha, not to worry, thanks, I’ m not affected by the present economic gloom. For those affected, not to worry too much, since you’re already there, prepare for war.

As in Sun Tzi Art of War, do you have enough provision to fight it on? No, then retreat if you have sufficient provisions to fight another day. Zero provision, then accept the reality of defeat and your wrong decision. Start anew, how? Let me tell you a story,

Three month ago, I had done a fengshui audit for a young chap in his thirties through affinity.I am old, Man, ha-ha. He is an IT engineer with financial, work and family problems. After doing his birth chart analysis and seeing that he is in Heaven Void and also in unfavorable luck cycle which he would not understand, and therefore had told him simply that he is in a bad luck cycle for 2 years starting last year. He then agreed, saying he had started a business in computer gaming for his wife in his goodwill to occupy her time and also hoping to have an additional income. However, the business flop in 6 months and he lost about 200K which he had taken in credit from banks and now is laden with debt. Workwise, he have problems with his junior staff who were out to sabotage him in his mind. Family problems arise with him blaming the wife for not following his wishes of running the business as she would sometimes go to the shop and sometimes not, the shop would be closed.. Wife also blaming him for changing the normal lifestyle they have initially which was comfortable and which I will agreed. Of course, in an audit, we are not out to create further problems for the client but to analyse the situation and gives our 2 cents worth.

Let’s look at his house fengshui first, without making it complicated. He is sleeping in a star 5 room. No choice as most pre-designed HDB flats do not give ones the luxury of choosing a master bedroom with good stars. Told him to put a string of six coins there which he dutifully did. Next told him to put a water fountain at the hall for water star 8 but met with problems with objections from the wife. Two weeks later, with a lot of frustrations from problems, sms me ( I don’t take phone calls, ha-ha) to say he feels like divorcing his wife which he feels is creating the present obstacles in his life. I had then sms him : ‘Try to reconcile’ at which he still sms back :’Why?’ I had then cannot just because the wife had objected to my suggestion of putting a mini water fountain and to consolidate his belief in my so-called power in his mind associated with fengshui practitioner, to encourage him or to disparage the wife. I then just sms him back ‘What about your lovable 2 year old daughter?’ I am not that kind of Holy, you know to spend some more time to check his wife’s merits to give him another view, me BAD.

After not hearing from him for a month, he sms me : ‘Urgent, need to call you.’ At which I then sms back: ‘Ok’ sensing the urgency, don't ssk me how I know. He then start telling me that he feels like giving up on himself and contemplating suicide due to his debts with debt collector harassing him. I , of course, first being curious about the cure I recommended for his bedroom for star 5, had then asked further whether there was any recent change in his life. At which, he then replied that his superior had transfer him to another department which he is much happier now with the junior staff having no communication problems and he has less stress now.In my mind, I was then wondering what did water star 5 got to do with career? He then start asking if there is a way of making him suddenly have some money to solve the problems as he claims that with his take home pay, after paying debts, he worries that sometimes he might not even have money to pay for baby foods. Even the wife now has to chip in by taking up a part-time job at which he was also unhappy as he was worried that a third party would come in. I had then ask: ‘I thought you weren’t bother about your wife and wanted to divorce her for being a jink?’ He then kept quiet about it.

About wealth enhancer for fengshui, we are not magicians, right? Sound like we are getting to be more of a counselor and not CON sultant as one practioner had indicated in his blog I then asked him frankly who was the one who decided this course of action to start a business, his wife? Does she have the money to decide about it? So who will have to pay the price for the mistake?. We have to accept our own mistakes at times and look at possible solutions. I had then told him another story of a client of mine who was a millionaire which unfortunately I had met while he was in shit. Don’t know why I can’t still get referrals like Bill Gates or Li Ka Shing, not for money but for my portfolio so that I can, in the local slang, action a bit, ha-ha. I then told him if a millionaire like this guy can just file for bankruptcy, what is pride? It’s not end of the world yet, right? “Take this course of action. At least your income is protected to maintain your family expenditure and you have no worries with your baby food. We Singaporean have a lot of value in mind of the declining population and our government sure will take care of us." Mind here, I’ m not encouraging anybody to do that, ha-ha. Or then maybe, he was hoping for a miracle from me which is not possible right? Now after a month, still got no news from him and so should be good-news. Now tonight thinking about it after all, a Bank like Lehman Brothers can file for protection under the Bankruptcy Act, what about us?

Hope I’ m not a bad guy in your minds.