This is a Taoist Talisman against socery and black magic. If you happen to see a house with this talisman above the main door, it means you are going to have a hard time doing the audit.The occupant obviously have some major negative spiritual problems.

You will notice that there are two identical seals one at the top and one at the bottom and a Bagua at the centre. The two identical ones are called Seal of Superior Sage. 太山老君. In a talisman, there is a need for an official seal to endorse and command spirits assistance from the spiritual realms for protection. With this talisman against socery, you need two from the highest order of the spiritual realms. In olden China, the seal is a representation of the bearer status and this seal is representing the first high taoist priest who achieved immortality. Apart from that, a trident tibetan bell to ring and a suitable mantra is needed to be recited to empower the talisman. The Bagua in the centre of the talisman is of the early Heaven arrangement. And you can also see some chinese words written all over it. So how, what do you think? I means what would you do if you have the luck to run into a house with these kind of talisman while doing audits? 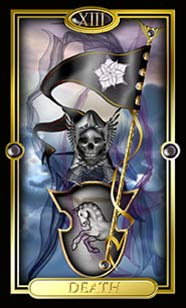 Suprisingly, the closest effective comparison I can find in the western astrology apart from the voodoo of Haiti, South America and Africa and also, Southeast Asia, are the tarot spells derived from Hebrew kabalistic invocation of the names of the Archangel of Raphael, Michael, Gabriel and Uriel in charge of the main four directions, East, South, West and North respectively.( It also involved elemental interplay ). Noted the similarities of invoking a high spirit in both theology (East and West). By the way, I'm also trained in tarot cards reading apart from the Yi-Jing just in case you are thinking that I'm talking crap. However, the process of invoking the spell is at least much easier than the Mao-Shan sect.(I'm refering to the above if you are a bit slow).

How portent are all these talismans and spells, I leave it for you all to decided.
Ha-ha, thought I would just deviate a bit as it is getting boring for you all. Something to perk-up!
Posted by 李杰 at 7:28 PM

Labels: Of the extra edge 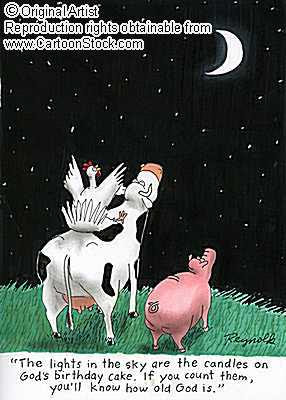 Once upon a time, there was a river. The Nile River, to be exact. On one side of the river lived the rabbit, and on the other side lived Teddy the bear.

One fine day, the bear was sitting on a tree stump, enjoying his breakfast of berries. Then he heard someone yelling at him. It was the rabbit.

"Hey! Hey, Teddy, get your butt over here. I've got something to show you!"

"Oh come on!" said the rabbit. "It's really important."

So the bear decided to go all the way over the wide river. It took him all day and all night to get over to the other side. He nearly drowned. And when he finally got there he was groaning and panting, and wheezing for air.

"Hey, Teddy," the rabbit began, "look how many nice berries are on the other side of the river."

Now to carry on with Purple Star Astrology.

About the four major influences, Hua Lu, Hua Quan, Hua Ke and Hua Ji. Some masters called it the transforming stars as three of it have positive influence and one negative influence and can transform the star behaviour. The whole point is it will transform positive stars in the right domain into powerful stars but the Ji star can also disintegrates a star. Getting to sound more like Star Wars.

Without these four changes, it will be difficult to calculate a person’s luck. It is these changes that affect our destinies so comically that at times we feel that a joke is being played on us when we are already in a perilous situation or when all seem lost, the situation reverse and change to good-fortune.

Let’s look at the bad news first. However to disintegrates a star, it needs to have help from adverse stars like Tuo Luo or Qing Yang star, Huo Xing, Ling Xing, Di Jie, and Di Kong ( the six negative sub-stars) for the conditions to be met. Apart from that, the major star being affected would also need to have a negative pattern that includes other certain stars in the matrix.

For the good news, the other three influences. Lu which means wealth, Quan which means authority and Ke, benefactors luck is much easier. You get it as long as it is within your matrix and not in other people’s domain. However, the Ji influence can clash it and make it worse if it is in the opposite palace especially for the Lu, which would then means hidden dangers or disaster in lurk..

Hua Ji Star or the star it transform is the worse regardless where it falls into in the 12 domains. For as you know, it can still exert influence by clipping the important palace or fly into an empty palace and affects it. Myself, I feel, The name Terminator is more apt for it.

That’s all, cheerio!!!
Enjoy your weekends.

As usual, a song for the week,
with nice beaches. Enjoy!
Posted by 李杰 at 4:38 PM