Of Angels And Demons

An Advertisement while you are here waiting for my next post. 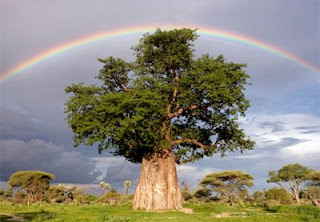 All-right, we are already into the third month of the new year and this would be my elixir for life, not just for the year. Whenever I will feel down on the road in Life, I will remind myself to watch this video clip. For once, I find blogging useful as it allows me to keep a record of my life. Thank you, woogle,google, ha-ha, I meant you Google.

‘Happiness have no definition’

Coincidentally and I’ m serious because of a posting in the fivearts forum, I happened to watch a show on TV Channel that night, titled: The Life Transformer, a reality show organised by the station for social volunteers. It was the first time I saw the show and it was also the last episode. It talks about a 80 years old lady who have her own medical problem, cancer and still have to take care of two children in their forties since her marriage, both mentally retarded but however on medication and do not need to be kept in a Mental health institute. They had lived the last 15 years without electricity because her daughter had suddenly lost control of her mental faculty and short circuit the electricity cable and they have no money to repair it.

She wasn’t bitter or remorseful about it. She went about her daily chores cooking, washing clothes for her children who are adults, and living on S400 plus from social welfare. Imagine that she can keep leftovers for several days to cook again and eat for her self so that the money she have can be used to buy fresh food for her children who are adults to eat. When told several times that this is unhealthy, she says that it is all right as long it is refrigerated.

Sometimes when there isn’t enough meat for herself and not her children, she will just eat rice mixed with soy sauce when the show presenter came across leftover rice with soy sauce which she could not bear to throw away. And she has not brought fishes to eat as it is too expensive instead relying on the generosity of her neighbours giving her a share of their food occasionally.

Her only concern was if she was no longer around, who will be taking care of her children. There isn’t any possibility of the children having marriage and having a partner to take care of them. The motherly love, I can’t imagine how it will be like when I saw this part of the program showing her having to untie a packet of noodle so that the forty year old son is able to access and eat the noodles. Who will marry a man like this? What will you do if you have a husband who ends up like this suddenly? I then felt ashamed of myself of times when I cursed at Fate and then laugh that what fate had thrown at her she had accepted without giving Fate the satisfaction of seeing her been bitter.

The best part was when she was asked how she managed to read Chinese newspapers which appear to be her only pastime without a proper education and coming across words she don’t know. She produced several old but well kept sheets of Chinese writing paper written with ink brush, her so called her dictionary which she had bring with her from China. This is a true story shown on our TV channel that night.

This is the video clip of part of the reality show.

Thinking back, I did feel ashamed of myself of the times when I was depressed and gave in to Fate. I’ m not that holy you know, ha-ha…..