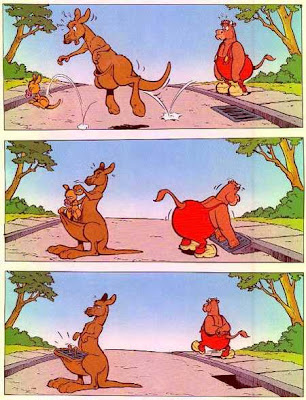 A kangaroo kept getting out of his enclosure at the zoo.

A camel in the next enclosure asked the kangaroo, "How much higher do you think they'll go?"

The kangaroo said, "About a thousand feet I guess -- unless somebody starts locking the gate!"
Posted by 李杰 at 3:21 AM